Blockchain could create jobs, not just supplant them 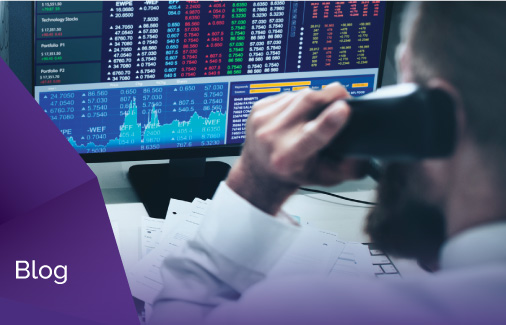 What just a few years ago was seen as a disruptive technology that had the potential to really upset the apple cart of established financial service providers is now seen as the next logical step for the industry to take.

The consensus across the industry is that the use of blockchain technology and architecture will soon become widespread and fundamental to how financial services operate globally. In light of their own year-long research project, the World Economic Forum came to the conclusion that blockchain could soon form the backbone of how a great deal of FinTech operates. It is no longer being viewed as the outsider, threatening the way established businesses operate, but as the foundation for how financial services will be delivered.

Its use in trades is particularly of interest, with efforts already underway to use it in the process of clearing and settling transactions. Recently, four of the world’s largest banks – Deutsche Bank, Satander, UBS and BNY Mellon, and broker ICAP – announced plans to come together to create an industry standard from which to develop this technology. Earlier this year, the Australian Stock Exchange (ASX) announced a partnership with US tech company Digital Asset Holdings to create a system which would clear and settle trades. It will be closely watched to see if the model can be expanded to cover larger exchanges, but also the potential for making savings in operational costs.

Aside from the hoary debates around blockchain’s security, another concern is the potential impact on jobs which have been a key part of the trading environment for decades. Those currently employed to process and reconcile transactions are clearly under threat, but as the below article suggests, blockchain also presents the possibility of creating new jobs within the financial services sector:

Blockchain can create financial sector jobs as well as kill them - FT.com

Some see it as the biggest change in technology since the advent of the internet. Others say claims for what blockchain can do are overblown. But those among the former group are now asking how the blockchain technology that underpins so-called

This debate has been raging ever since the industrial age – with the integration of new technology in any industry, there will inevitably be winners and losers. But, certainly in the initial stages of its integration, it will be vital that banks and financial institutions aren’t throwing the baby out with the bathwater. The experience and insight of those currently performing this task will be crucial in monitoring the blockchain architecture’s effectiveness and helping direct its development. Through this approach, new opportunities will inevitably arise.

It ultimately comes down to companies taking a more open, modern and forward-thinking approach to how they operate, not wailing against the winds of change.