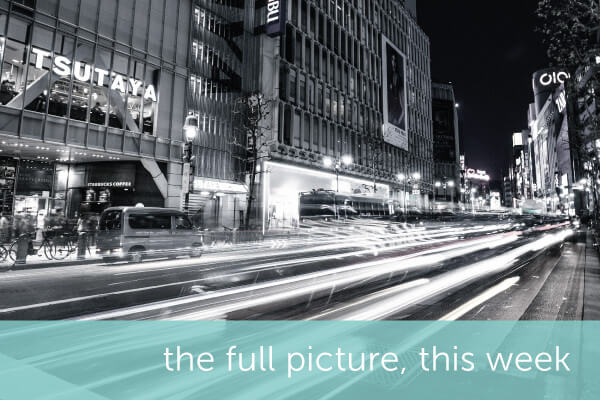 In this, the first of our series of weekly roundups, the encompass team take you through all the news that’s caught our eye on Know Your Customer (KYC), compliance, financial crime and related technology, providing you with a handy round up to keep you informed at all times.

This week, we have seen a swathe of new guidance released in relation to money laundering. The Solicitors Regulation Authority and Law Society have released guidance notes for law firms, while the UK Government has released a publication for trust or company service providers and money service businesses. As we have covered extensively on these pages, recent legislation such as the fourth Money Laundering Directive (4 MLD) have had a profound impact on compliance processes within legal firms. The SRA’s guidance highlights that while most firms now have procedures in place to remain compliant, many still do not. In a review of 50 firms, the review found that only 17 had a firm wide risk assessment in place, and only 69% had documentary evidence that risk levels were assessed. The Law Society’s comprehensive coverage of 4MLD (transposed into UK law through the Money Laundering Regulations 2017) focuses heavily on the need to implement a risk based approach; Customer Due Diligence; beneficial ownership information; money laundering offences; and the warning signs of money laundering. The UK Government meanwhile, have released publications for trust or company service providers and for money service businesses to help meet their obligations including Customer Due Diligence and record keeping.

The big news in technology for us was the Financial Conduct Authority calling for the introduction of technology for ‘smarter’ regulatory reporting as reported in Compliance Week [paywall].

The FCA has reported that it receives 500,000 scheduled regulatory reports from firms and is seeking ways to cut down on both its own workload and that of firms. The FCA is therefore looking for feedback from technology firms in particular about how regulatory reporting can be made simpler and more consistent. Firms should be exploring the uses of machine-readable and machine-executable regulatory reporting, which can bring about benefits such as increased clarity, ease of reporting and higher quality data.

Blockchain is never far from the front pages, and this week the Financial News has been covering blockchain in Malta as part of their FinTech Files. The country is aiming to be one of the first in the world to regulate blockchain, by illustrating that each blockchain has an auditor or administrator doing as they promise. As a small island with few lobby groups, the Maltese government believes that it is in a good position to innovate in financial technology, before introducing the tech Europe-wide should it be successful.

The BBC has reported this week that 650,000 stolen bitcoins, with a value of £4.5 billion, have been linked to a UK company. Hacked from Tokyo-based Mt Gox, the coins have been tracked to London based company, Always Efficient LLP. After being hacked, the coins found their way to rival bitcoin exchange BTC-e, which claims to be operated by Always Efficient LLP. Despite being registered in east London, the person listed as being the owner is a Moscow based DJ, Alexander Buyanov. As well as the security of blockchain, the story also highlights the importance of understanding corporate ownership structures in order to discover ultimate beneficial ownership and persons with significant control (PWSC).