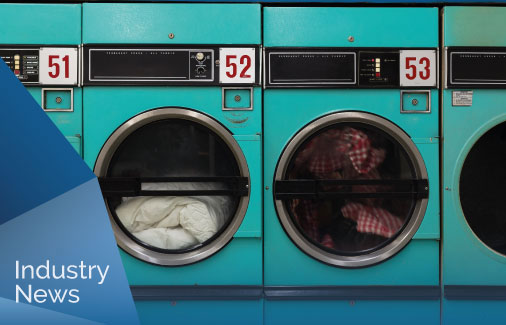 Russian criminals, reportedly with links to the KGB, have successfully laundered over $20 billion, with British high street banks playing a key role as unwitting facilitator.

In another blow to Anti-Money Laundering regulations in the UK and beyond, the criminals purportedly laundered the money from Russia, through Latvia and Moldova, and from there to European criminals.

The story, which was first broken by the Guardian newspaper and dubbed the ‘Global Laundromat’, has implicated a total of 17 UK banks, including HSBC, Lloyds, RBS and Coutts & Co.

Documents seen by the newspaper show that $20 billion has been moved from Russia, though the true figure could be upwards of $80 billion. Those involved include KGB, organised Russian criminals and Russian oligarchs. An estimated 500 people are involved.

The trail led investigators to 96 countries and to a network of anonymously owned firms, most of them registered at Companies House in London. Most of the 21 core companies under scrutiny have subsequently been dissolved.

The scale and scope of the criminality involved has raised serious questions over the money laundering procedures at the banks. The beneficial owner of the shell companies used to launder the money have not been identified and the source of wealth a mystery. A compliance specialist contacted by the Guardian suggested that Enhanced Due Diligence (EDD) should have been completed on each of the transactions that took place, a process that does not appear to have been carried out.

Accounts held at 19 Russian banks were involved in the scheme. In 2014, it was reported that one financial institution was the Russian Land Bank (RZB). A bank board member at the time was Igor Putin – a cousin of the Russian President.

The head of the NCA’s money laundering unit, David Little, said the amount of Russian money now coming into the UK is a concern because “We don’t know where it is coming from. We don’t have enough cooperation [from the Russian side] to establish that. They won’t tell us whether it comes from the proceeds of crime.”

“Basically, the UK’s anti-money laundering defences are just not fit for purpose. The government needs a concerted, world-class strategy to deal with this if it’s going to convince people that we are not in a post-Brexit race to the bottom in which corrupt money is welcomed to the UK with open arms.”

The NCA said it would “Consider any formal request for assistance from the Moldovan authorities in connection with their investigation, and will consider whether information provided by the Guardian or other media sources would allow the progression of an investigation.”

Read the full story in the Guardian:

Britain's high street banks processed nearly $740m from a vast money-laundering operation run by Russian criminals with links to the Russian government and the KGB, the Guardian can reveal.