Lessons From IBAC – Prevention Is Better Than A Procurement 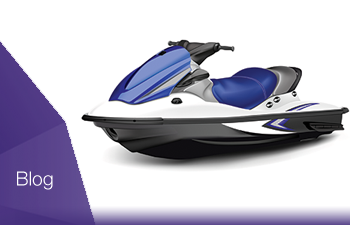 Even the Procurement Manager at the centre of corruption allegations could not believe he had got away with it for so long.

Using a network of companies linked to families and associates, Public Transit Victoria Manager Barry Wells and a colleague routed an estimated $25 million of contracts for their share of a profit of $3 million.

“Had there been maybe a different process at finance, it would have brought up alarm bells and this would have been all over,” he told the IBAC commission.

So what went so badly wrong and what could the processes have been that could have detected the irregularities much earlier?

A lack of transparency was one of the major factors that allowed this scenario to perpetuate, if the results of the ASIC searches into the tenderers had more visibility then the related party connections would have been much more apparent. The lack of visibility of the parties involved enabled obvious connections to be concealed.

Had a readily accessible record of the company searches been available for independent review and audit then additional opportunities for detection would have arisen. If a means existed for seeing how the companies and people involved were actually connected rather than the information being buried in reports the outcome would most likely have been much different

Take a moment and think about the integrity of your procurement cycle. Do you know who does your searches, who sees the results, who independently reviews the results and ultimately how the many searches are managed and audited? If you had to find a snapshot of the searches run for a procurement 12 months ago how quickly could you do it? What would it be worth to you if you could see the connections instantly, recall the searches as a visual picture with an audit trail and even refresh the picture with a click of your mouse?

If you think increased transparency, improved accountability and seeing the full picture is important to your procurement process don’t get caught out simply because you missed seeing what was right in front of your procurement officer’s eyes. Give me a call and I will show you what Encompass can do for you today.

Have a look at the Tim’s IBAC workspace here.

Tim is a former Senior Intelligence Analyst and expert in visual analytics within law enforcement.  He has more recently brought his passion for visualisation to the private sector with Encompass Corporation. In July 2014 the connections he uncovered on the “Myer Conman” – Andrew Flanagan were utilised for a feature story published by The Australian.

Tim has a passion for finding the information trails that can lead to new opportunities for investigators and he will be sharing some examples at the Australian Institute of Professional Investigators (AIPI) conference on the 11th September.