the Paradise Papers: everything you need to know 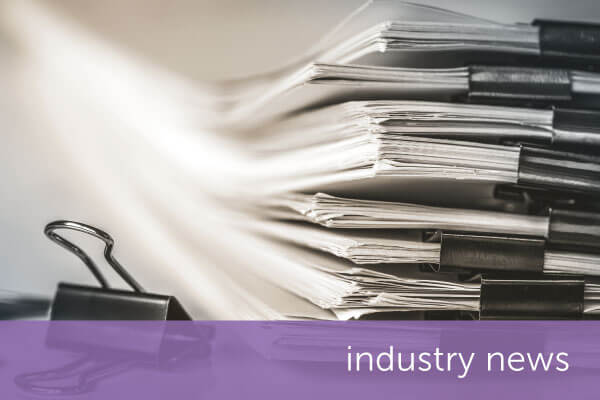 the Paradise Papers: everything you need to know

A tranche of some 13.4m files have been leaked from Bahama’s based law firm Appleby and passed to the International Consortium of Investigative Journalists.

In total, 1.4 terabytes of data have been released via the Paradise Papers – the second biggest leak of data in history. Only the Panama Papers were bigger, at 2.6 terabytes. In total, 19 tax havens are implicated within the company registries. Within the files are mentions of some of the world’s biggest and most famous celebrities, sport stars and teams. Those mentioned this morning include the former pop star Michael Hutchence, the Queen and the major shareholders of Everton and Arsenal football clubs, Alisher Usmanov and Farhad Moshiri.

The release of the papers, so soon on the back of the Panama Papers and the Russian Global Laundromat will raise further difficult questions for tax authorities and governments across the globe. As well as providing a vehicle for the super-rich to disguise their wealth, the papers also question whether authorities – including the Football Association – have done enough to uncover sources of wealth and Ultimate Beneficial Owners.

Appleby, the Bahamas based law Firm

Dating back to 1890, Appleby has ten offices across the globe and is based in the Bahamas. With 470 employees, 200 lawyers and 60 partners, the firm has conducted an internal investigation following the release in which it has denied any wrongdoing.

the Queen and BrightHouse

The papers show that the Duchy of Lancaster, which provides the Queen with her private wealth, holds investments via offshore funds that have invested in Threshers and retailer BrightHouse. The Duchy is reported to be worth £519m, and has invested millions in offshore funds including in the Cayman Islands. BrightHouse has been in the media off late due to allegations it has been unscrupulous in its retail practices. The allegations will undoubtedly raise questions from MPs on how the Queen and Royal Family utilizes its wealth, and what investments it chooses to utilize.

The Paradise Papers shed further light on the complex ownership of their two principal shareholders Alisher Usmanov at Arsenal and Farhad Moshiri at Everton.

The two are long-standing friends and Moshiri is the chairman of USM, a holding company substantially owned by Usmanov. Both used Appleby’s in their purchase of shares in the two Premier League Clubs.

However, Appleby’s compliance department seems to have had trouble differentiating Usmanov’s and Moshiri’s money, stating: “Dividend from Gallagher Holdings [at the time Usmanov’s principal holding company, registered in Cyprus] to Alisher Usmanov who will then gift the monies to Moshiri, who will in turn invest in the company.”

Moreover, the link between two is highlighted by Evertons new training ground at Finch Farm, which is to be sponsored by USM.

Despite their close business and personal interests, the two men have denied that there is any conflict and their ownership of the two clubs is completely separate.

The linked files calls into question the issue of “dual ownership” which is not permitted by the Premier League. Furthermore, questions will also be asked on the ownership vehicles used to buy football clubs that are unknown by the public. The Premier League however, has no rules on teams being owned via offshore structures, ie, Luxembourg, Cayman islands, Isle of Man or US low tax state of Delaware.

Malcolm Clarke, the chairman of the Football Supporters’ Federation, told the Guardian: “Given the closeness between these two businessmen, who have worked together for many years and have extensive common financial interests, it does give rise to a concern about whether the rules should be drawn more widely to prevent close business associates or partners owning different clubs which have to play each other.”

Other leaked files include:

the estate of Michael Hutchence

After setting up aggressive tax avoidance schemes in the 1980s and 90s through the use of tax havens, the singer Michael Hutchence’s former lawyer Colin Diamond has been shown to be the Ultimate Beneficial Owner of Hutchence’s estate – who emptied the hotel room of assets after the singers death. An offshore company named Helipad Plain was set up in Mauritius in 2015 to monetise Hutchence’s assets and there is confusion over how much of the money has been seen by the late singer’s family, including his daughter Tiger Lily.

Speaking on the release of the files, Delia Ferreira Rubio, chair of Transparency International said: “The high-profile list of people and corporations in this latest scandal is shocking. Clearly financial oversight authorities and lawmakers must realise the system is broken. Complex, cross-border structures are being used to facilitate a wide range of secret activity, which could include corruption, fraud and abusive tax schemes.”

In the Independent, Labour’s Shadow Chancellor, John McDonnell, said: “These are deeply worrying revelations. Despite all the Government’s claims of cracking down on tax dodgers, this evidence confirms that tax avoidance is clearly continuing on an industrial scale. Either the Prime Minister or the Chancellor needs to explain how this scandalous behaviour has been allowed to go on unaddressed for so long and what action is to be taken now.”

The release of the papers will once again bring to the fore the importance for firms in identifying sources of wealth and Ultimate Beneficial Owner in their business transactions. Unquestionably, the use of tax havens, while by no means illegal, does make this process more challenging. Organizations highlighted in today’s release such as the Premier League, may have to review how Know Your Customer checks are undertaken in order to determine this information quickly and accurately and stop potential conflicts of interest arising.