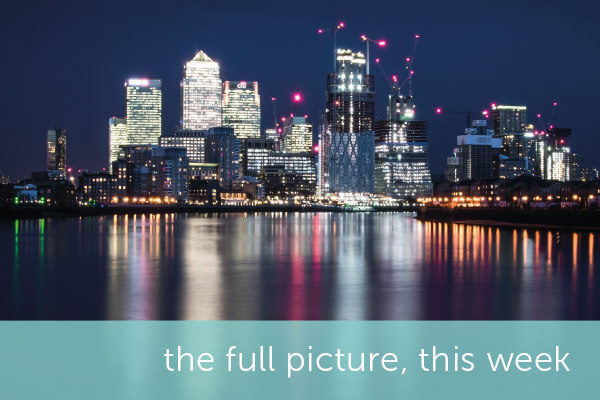 Let us put you in the picture this week, as we round-up and react to the latest news from the financial crime compliance and technology sectors. This time, we focus on the European Union’s efforts to tackle money laundering in the banking industry, as the incoming chief of the bloc’s banking watchdog concedes more must be done.

Elsewhere, Australia’s Labor Party vow to get tough on cases of ‘dirty money’ laundered through real estate – if they are victorious in the country’s upcoming federal election.

The incoming chief of the European Union’s banking watchdog has admitted that there is still a long way to go when it comes to the bloc’s efforts to combat money laundering in the industry.

Recognising the need for a “coordinated” approach to Anti-Money Laundering (AML), Jose Manuel Campa, who is global head of regulatory affairs at Santander and has been nominated by the European Banking Authority (EBA) board to become its new chair, told EU lawmakers that ensuring banks’ compliance with AML rules would be a big challenge.

It comes following high-profile cases at some of the continent’s most recognised institutions led to a proposal that the EBA dedicates more staff to specifically tackling the problem alongside national financial supervisors.

But Mr Campa acknowledged that this may not provide a long-term solution, telling the European Parliament’s economic affairs committee:

It’s very important that we have a strong, coordinated approach to anti-money laundering. Twelve extra staff at EBA may not be enough. That is a step in the right direction. It’s a starting point. It’s a road that we will need to travel further.

Read more of what he had to say this week here.

This comes as the chief executive of Nordea, the largest bank in the Nordics, has said that the European Union should create an EU body to oversee the bloc’s banking sector and prevent money laundering. CEO Casper von Koskull believes the measures currently in place are not enough and sees this as a way forward

Having been seen as the leader in creating AML regulation, Europe is now making moves to bolster resources and make sure these can be enforced.

For banks, this means that they need to make sure their compliance programmes are up to date and that they preparing for the future as regulators will be watching them much more closely. These firms must also be able to demonstrate that they have the ability to ensure they are enforcing policies internally, as the consequences if they do not do this could be significant.

Having been seen as the leader in creating AML regulation, Europe is now making moves to bolster resources and make sure these can be enforced.

For banks, this means that they need to make sure their compliance programmes are up to date and that they preparing for the future as regulators will be watching them much more closely. These firms must also be able to demonstrate that they have the ability to ensure they are enforcing policies internally, as the consequences if they do not do this could be significant.

Australia’s Labor party has promised a crackdown on ‘dirty money’ laundered through real estate – if they win the upcoming federal election.

Proposing new guidelines that it is hoped would help to eradicate the issue, real estate agents, lawyers and accountants will be obliged to report dirty money that is used to buy property.

This news comes following the release of Australian Broadcasting Corporation (ABC)’s Four Corners programme, which revealed that Chinese law enforcement agencies employed former police detectives in Australia to covertly track down the proceeds of crime, which may have been illegally transferred by corrupt officials or employees of Chinese state-owned enterprises, often by buying homes. 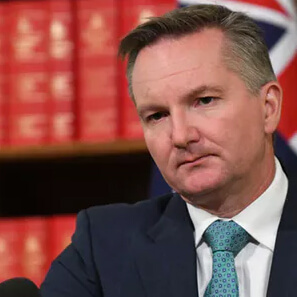 Insisting that the Government had “dropped the ball” in terms of strengthening laws, Shadow Treasurer Chris Bowen promised to do more, if voting goes his party’s way. He commented:

According to the Government’s own work plan, real estate agents should already be covered by our money laundering laws — but the Liberals have done nothing to progress this.

It was announced this week that the European Banking Authority (EBA) has revised its guidelines on outsourcing in order to help financial institutions apply a single framework for their banking, investment and payment activities and services. Finextra brings the latest on this here.

Iran has been given until June to step up its anti-money laundering and terrorism financing rules or face increased international scrutiny of its banks, the Financial Action Task Force (FATF) said. Businesses around the globe say Iran’s compliance with FATF rules is key if it wants to attract investors. Read more.

The United States ramped up already increasing pressure on Venezuelan President Nicolas Maduro earlier this week, issuing new sanctions against the leader’s allies, and encouraging regional leaders to freeze the assets of the country’s state-owned oil company. The new sanctions target four governors for “endemic corruption” and “blocking the delivery of critical humanitarian aid.” The Wall Street Journal looks at the problems these sanctions pose for banks here.

We are pleased to say that encompass has been shortlisted in this year’s RegTech Insight Awards. You can vote for us in the ‘Best Vendor for Financial Crime’ category here. You have until midnight (GMT) on Friday 15 March to make your vote count.

We have also been selected as one of Red Herring’s Top 100 Europe award winners. Announced earlier in the month, the list recognises Europe’s leading private companies and celebrates promising new companies and entrepreneurs.

By Cheri Burns | July 22nd 2021 We are delighted to have made the shortlist in the first RegTech Insight Awards for APAC.
Read

Encompass partners with Sanctus to support employee wellbeing and development

By Cheri Burns | July 20th 2021 We have partnered with personal coaching provider Sanctus to support our employees across the globe.
Read

By Cheri Burns | July 15th 2021 We are pleased to announce the appointment of Cyndi Festa as Head of Data Sourcing.
Read

By Cheri Burns | July 13th 2021 Our reaction as retail banks are issued a warning by the FCA over AML weaknesses.
Read
west
east
Discover More
Request a demo