In our weekly roundups, the encompass team take you through all the breaking news on Know Your Customer (KYC), compliance and financial crime, keeping you informed at all times. This week, we look at the secretive tax haven of Nevis, black bags stuffed with cash in a UK Post Office, and robots that can determine nationality based on handwriting.

In our tour of financial crime, we’ve extracted all of the top news from across the globe, including the UK, Pakistan, Denmark, Jersey, Armenia, Dubai and India.

UK
The Bank of England and the Financial Conduct Authority have given banks three months to ensure that they have sufficient IT protocols in place to guard against cyber-attacks and malfunctions. Sanctions for those that fail to take adequate measures include requirements for higher capital levels, setting board approved impact tolerances and demands for further IT investment.

In the Guardian, an interview with challenger bank Monzo reveals some of the most common methods used by fraudsters, including using student accounts as ‘mules’ and cyber-attacks.

Although overshadowed by Cabinet resignations earlier in the week, British Prime Minister Theresa May has announced a series of measures to ensure continued prosperity in the Balkans. Key to this is to help Balkan countries in the fight against organised crime and drug smuggling, which impacts upon the UK.

Organised Crime Groups from the Western Balkans have a significant nationwide presence in the UK. UK cooperation with the region and European partners has previously delivered positive results, including bringing down a crime network which was estimated to have imported an average of more than 8,000kg of cocaine a year into the UK, with an estimated street value of £800m. 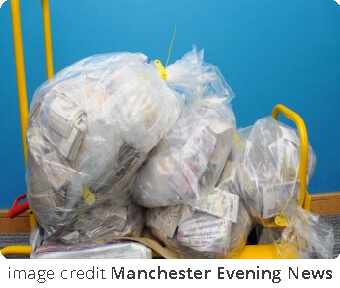 In a case that epitomises the term ‘money laundering’, a criminal gang has been convicted in Manchester. The group was found in an ex-Post Office with bin bags full of money which they had received from other criminal gangs. One defendant was stopped in his car with £250,000, another with £300,000 in his car, and a third car with £270,000. Police found over £800,000 in total. They facilitated money laundering through a company (“SINA Exchange”), which sent the money to Pakistan.

We recently covered an article from Oliver Bullough in his series of exposé’s in the Guardian on money laundering. This week he has been reporting from St Kitts & Nevis, which he claims to be the “most secretive” tax haven on the planet (and soon to be the new home of John Cleese). During Bullough’s trip to Nevis, he was stonewalled in his attempts to find the Ultimate Beneficial Ownership (UBO) of a company based in Nevis, and had a particularly uncomfortable interview with Heidi-Lynn Sutton, the head of the Nevis financial services regulatory commission. 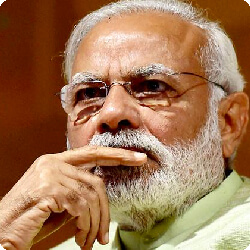 Indian Prime Minister Narendra Modi has continued his fight against corruption and illicit funds in the country by de-listing 222 dormant shell companies, believed to be used for money laundering. PM Modi has already abolished 500 and 1,000 rupee notes, said by experts to be used in facilitating crime. After their abolishment, experts noted a rise in the use of shell companies. Following investigations by the Securities and Exchange Commission, 200,000 companies were recently closed, with promises of more to follow.

Pakistan
Hussain Lawai, the chairman of the Pakistan Stock Exchange has, along with two other bankers, been detained for money laundering offences. They have been accused of opening up 29 ‘fake’ accounts to facilitate money laundering.

Denmark
The head of the Danish Financial Supervisory Authority (FSA) has warned smaller institutions that they will be a target for money launderers and criminals, after larger banks improve their defences. The Danish FSA is currently working with the Danish Government on a national strategy to combat money laundering following a recent report from the Financial Action Task Force (FATF) highlighted deficiencies.

Jersey
The Government of Jersey has updated the Proceeds of Crime (Jersey) Law, designed to further hinder the attempts of money launderers. Geoff Cook, chief executive of Jersey Finance, said:

In 2016, the Evaluation of Anti-Money Laundering Measures and Financing of Terrorism (MONEYVAL) gave Jersey a glowing report on the effectiveness of its ability to tackle financial crime, giving it the highest rating of any jurisdiction anywhere in the world. At the same time, it made a couple of recommendations to tighten our defences even further.

Whilst quite specific and technical in nature, their swift introduction clearly reinforces that Jersey stands aligned with efforts to enhance future transparency frameworks and is focused on clamping down on financial crime. It also underlines our willingness to work with global authorities to ensure our systems for prosecuting financial crime are amongst the best in the world.

Armenia’s Special Investigation Service (SIS) said in a July 7 statement that Levon Sarkisian, his son Narek, and his daughter Ani have been charged with conducting illegal business activity. Both Levon and Ani Sarkisian face forgery charges as well, according to the SIS, which said a court had issued an arrest warrant for the father.

Dubai
Colin Bell, group head of Financial Crime Risk at HSBC has spoken to Gulf News, stating that on the back of a recent report from Thomson Reuters which illustrated half of companies had been victims of financial crime, much work is required of banks to ensure compliance. He said:

There is a general recognition amongst both banks and regulators that the current approach across the banking sector has to be improved. Banks collectively are spending huge sums on tackling financial crime, but the impact in terms of illicit funds seized is still tiny – it’s estimated that not even 1 per cent of the criminal funds flowing through the international financial system each year are confiscated by law enforcement. 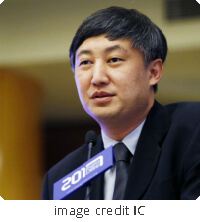 Following fears that risk of criminality may have transferred from traditional banks to new FinTech companies, Chinese regulators have decided to tighten regulations around FinTech firms. Sun Guofeng, Director of the Peoples Bank of China Research Institute said:

Edinburgh Napier University has become the latest university to develop a specialised degree in FinTech. The news follows a similar announcement from the University of Strathclyde last year. The course will draw half of its content from the university’s business school, and half from the school of computing. Coverage can be found in Insider and Scotsman.

The Guardian has reported on the unusual phenomenon of using a human to do a robots work. They highlight that some firms are using this technique to check processes are free from glitches, and in some instances, using humans to mimic the work of chatbots.

Robots have been used to calculate a person’s nationality based on their handwriting. Using individuals from five countries, Malaysia, India, China, Iran and Bangladesh, a tool called Cloud of Line Distribution (COLD) was able to distinguish which handwriting went with which nationality.

Industry expert Chris Skinner has weighed in with his views on cryptocurrencies, saying that it must be understood and differentiated from blockchain and distributed ledger technology. He further calls on regulated markets to ensure confidence for investors.

CNBC have reported some of the harsh realities of cryptocurrencies, revealing that 800 are now redundant, while of those still going, they are worth only 60% of their market high, and many of the initial coin offerings (ICOs) have been revealed to be scams. In further negative news for cryptocurrencies, Business Insider has reported that $13.5m has been stolen from the Bancor exchange.

All eyes this week have been on Donald Trump as he has launched his trade war with China, and then threatened to escalate it in response to the Chinese response. The United States is to begin collecting tariffs on $34 billion in Chinese goods at 12:01 a.m. Washington D.C. time (0401 GMT) on Friday. Trump however, has threatened to raise this figure to $500 billion worth of goods. The Chinese have promised to stand their ground if any further escalation occurs, while at the same time describing themselves as “shocked”. Fortune notes how the next round of tariffs will be different as it focuses much more consumer goods on the list.

“The behaviour of the US is hurting China, hurting the world and hurting itself,” a spokesperson for China’s commerce ministry said in a statement.

Bank of England chief Mark Carney has warned on the devastating impact a trade war could have on the global economy. He said:

A larger, increase in tariffs of 10 percentage points between the US and all of its trading partners could take 2.5pc off US output and 1pc off global output through trade channels alone, although the impact on the UK is smaller, reflecting a greater exchange-rate driven boost to net exports.

Marketwatch has reported on the market slump following announcement of the news, and QZ and CNN have announced that Tesla will be building a factory in China in order to avoid the additional costs.

Further coverage can be found in ABC Australia, the Guardian, Bloomberg, CNBC, and CNN.