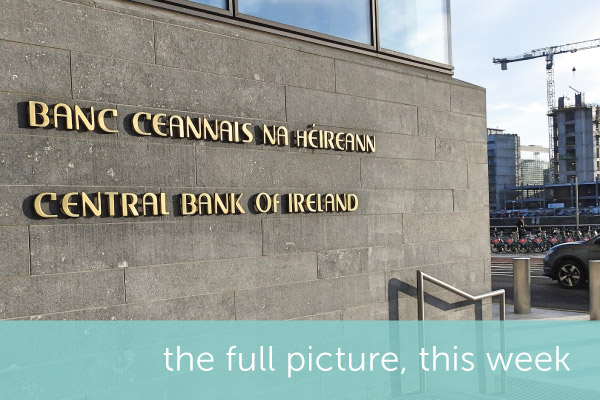 This week, we lead with the discovery that just a quarter of banks feel fully ready for Open Banking.

Elsewhere, there’s the latest as the Central Bank of Ireland publishes guidelines to help financial firms prevent money laundering and the financing of terrorism.

only a quarter of banks ready for open banking

Just a quarter of banks believe their compliance processes are fully ready for Open Banking, ahead of the introduction of new PSD2 rules, according to a recent study.

Research involving more than 200 IT decision-makers from the UK and US’ largest financial institutions, carried out by Cloud Elements, found that, with the deadline for the next tranche of Second Payments Directive (PSD2) looming this month, less than 29 per cent of fintechs believe they have their compliance in hand.

Cultural issues are the key drivers behind the slow adoption of Open Banking practices for more than a third of respondents, with risk aversion and legacy issues also at the top of the list.

For those in the chief technology officer role, the top stumbling blocks to Open Banking adoption are staff (32 per cent), insufficient budget (32 per cent), along with a lack of time, skills and resources (32 per cent).

Three in five financial services firms believe challengers are better able to deploy Open Banking and this is a sentiment felt by 69 per cent of banks, compared to 52 per cent of fintechs.

The Open Banking market and associated services available for clients continues to evolve at a slower pace than many had anticipated.

Concerns around data sharing, protection and security have created extra challenges for suppliers to overcome.

Investment spend for banks is significant, especially where the indigenous technology is old and inflexible to change, enhancements and API integration. In this respect, many challenger banks will be able to leverage their scalable and flexible infrastructure more effectively to deliver new Open Banking capabilities to the marketplace faster.

The Open Banking market and associated services available for clients continues to evolve at a slower pace than many had anticipated.

Concerns around data sharing, protection and security have created extra challenges for suppliers to overcome.

Investment spend for banks is significant, especially where the indigenous technology is old and inflexible to change, enhancements and API integration. In this respect, many challenger banks will be able to leverage their scalable and flexible infrastructure more effectively to deliver new Open Banking capabilities to the marketplace faster. 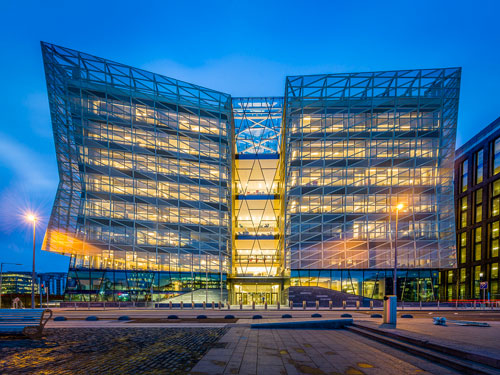 The Central Bank of Ireland has published guidelines to help financial firms prevent money laundering and the financing of terrorism.

Firms must adopt a risk-based approach to fulfilling their obligations and ensure that their controls, policies and procedures are fit for purpose, up-to-date, tested and kept under constant review and scrutiny.

At the Central Bank, we believe that effective regulation in this area strengthens the integrity of the financial sector, and contributes to the safety and security of citizens, by preventing drug dealers, and those engaged in human trafficking, terrorist attacks and organized crime, from using the financial system to support these activities.

While compliance can be burdensome at times, it means that firms are playing their part in stopping the regulated financial system being used for criminal means.

More than half (54 per cent) of global asset managers believe that legacy technology systems are holding back attempts to carry out digital transformation programmes.

A survey of 150 asset managers, fund administrators and custodians across Europe, the United States and Asia by banking software company Temenos, in partnership with Funds Europe and Funds Global, found that a significant majority (93 per cent) saw investment in operational systems as essential to improve efficiency and reduce cost.

Investment in new technology and digital transformation is the number one focus in asset management, with 38 per cent of respondents saying it will be their priority over the next 12 months.

Despite the shift towards digital transformation, almost a quarter of respondents (23 per cent) said asset servicers, such as fund administrators and custodians, are not keeping pace with the changing requirements of asset managers.

Zimbabwe’s Parliamentary Portfolio Committee on Budget, Finance and Economic Development has conducted public hearings on a new Money Laundering and Proceeds of Crime Bill. The amendment of the Bill will see the prosecution of suspects, the forfeiture of ill-gotten assets and the channelling of proceeds towards the fighting of white-collar crime. Read more.

The UK’s Financial Conduct Authority (FCA) has suspended a consultation on accessing and using data in wholesale markets in order to let firms concentrate on preparing for Brexit. The watchdog was planning a Call For Input (CFI) on how firms’ ability to gather and analyze data has recently grown in scope and in speed. Get the latest.

Where are we at with AI today? How has the role of the human in financial services changed? These are issues discussed in this article from Finextra.

Eight members of a Berkshire-based gang which laundered £87 million pounds they had made by smuggling alcohol have been jailed for a combined total of more than 46 years. ITV News reports that the men used a complex system of setting up and then closing companies to distribute and sell on their smuggled alcohol. In the process they created a false trail of paperwork and robbed the public purse of £34 million pounds in unpaid VAT.

More details have emerged around China’s plans to issue its own digital coin. Mu Changchun, deputy director of the People’s Bank of China (PBoC), has told how the new digital currency would be similar to Facebook’s Libra coin in design terms and be eligible for use on major payment platforms and e-commerce networks. Read more of what he had to say.

the role of automation in risk analysis

When it comes to the topic of Anti-Money Laundering (AML) and compliance, risk identification and analysis is something that is particularly pertinent for financial institutions in France, and is a topic that industry figures have been discussing and examining as they look to put robust measures in place.

Here, Charles-André Duport, our Business Development Director – Global Accounts, looks at the issues around risk analysis and the place of automation in this vital component of an AML programme.