This week, we highlight a review into money laundering risks across capital markets by the UK Financial Conduct Authority (FCA), which industry figures say firms would be foolish to ignore.

in the spotlight Charles-André Duport

As Business Development Director – Global Accounts, Charles-André Duport has a unique role to play in the success of Encompass.

Focusing on promoting and selling the product to tier one banks in and around France, he uses his knowledge of the market, coupled with his practical experience in financial services and software, to ensure the business makes moves in his remit.

Spearheading Encompass’ efforts in France from a sales perspective undoubtedly brings challenges, but it also provides Charles-André with a degree of freedom and the opportunity to hone his expertise, as he explains here.

why Encompass works for Anderson Strathern

Anyone looking to get an automated onboarding system should invest in Encompass.

That’s the verdict of leading Scottish law firm Anderson Strathern, who have utilised our product to transform the way that they onboard clients.

Having selected Encompass to support and enhance their Know Your Customer (KYC) compliance processes, we caught up with the team at the busy solicitors to find out why they chose the platform and hear about the value it has brought to them during the KYC discovery process. 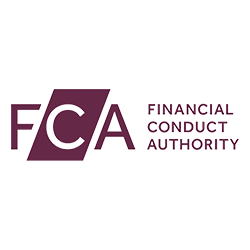 A review into money laundering risks across capital markets by the FCA has led to calls for action.

The thematic review looked at 19 firms across the sector, from investment banks to trading firms, and found the participants “were generally at the early stages” of their thinking in relation to money laundering risk and needed to do more when it comes to obligations and exposure.

“We found little evidence that participants had considered whether parallels may exist between their market abuse surveillance and AML transaction monitoring,” the FCA said in the review, adding that it expected to see much more coordinated thinking.

Senior managers who have AML and financial crime responsibility on their docket need to be reading this as [one of] their personal ‘to-do list’ items to work through, because it is now their neck on the line as well as the firm’s, if the firm is not up-to-scratch on tackling money laundering risks.

This report underlines that financial crime, and money laundering particularly, is not an issue that firms can shy away from. They must ensure that they have robust measures in place that bolster their compliance programmes, or risk facing the consequences.

Bodies such as the FCA are upping their efforts when it comes to tackling the problem and also calling out where organisations and industries are falling short, which isn’t something that should be taken lightly.

AML compliance is no longer an option, and must be a priority moving forward in capital markets. These findings illustrate that there are a number of risk factors and areas that firms have to take seriously and work on as a matter of importance if we are to see progress.

This report underlines that financial crime, and money laundering particularly, is not an issue that firms can shy away from. They must ensure that they have robust measures in place that bolster their compliance programmes, or risk facing the consequences.

Bodies such as the FCA are upping their efforts when it comes to tackling the problem and also calling out where organisations and industries are falling short, which isn’t something that should be taken lightly.

AML compliance is no longer an option, and must be a priority moving forward in capital markets. These findings illustrate that there are a number of risk factors and areas that firms have to take seriously and work on as a matter of importance if we are to see progress.

UK financial services organisations are embracing new cloud-enabled technologies but skills shortages, security barriers and worries about compliance are standing in the way of digital transformation, according to research.

Concerns were raised in a survey carried out by the Cloud Industry Forum (CIF) and Aryaka, which delivered insight into how IT and business decision-makers feel about issues around digital transformation and regulation.

It found that, of the respondents, although 78 per cent of business have a digital transformation strategy, 64 per cent believe they lack the skills required for successful implementation. In addition, more than half (58 per cent) agreed that their cloud security posture needed to be improved, and a similar number (52 per cent) were not confident in their ability to meet their regulatory obligations.

The research pointed to the increased reliance on cloud-based services, with almost all of those surveyed utilising the technology and 87 per cent expecting to increase their usage over the next 12 months.

Read more of the findings in this article.

Singapore’s central bank is stepping up its efforts to combat an increase in money launderers using onshore shell companies to mask transactions.

Valerie Tay, who leads the AML department at the Monetary Authority of Singapore (MAS), said banks had closed the accounts of a number of onshore shell companies during the past year after detecting unlawful transactions, as reported by Reuters.

The country’s position as a leading global financial centre and a trade hub make it vulnerable to money laundering due to large cross-border flows.

Ms Tay revealed the MAS has told banks to “actively look for shell companies that can be abused for illicit financing. So there’s a supervisory expectation for pro-active detection and disruption of illicit finance.” 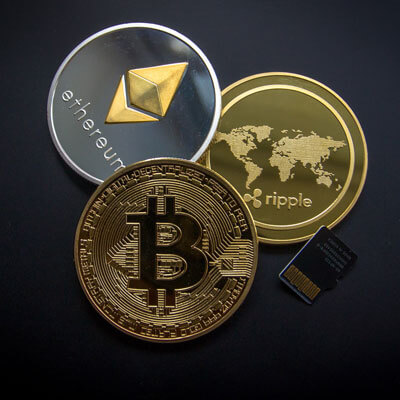 New Zealand based companies can now legally pay their employees in cryptocurrency, establishing the asset class as a mainstream form of payment. As of next month, New Zealand’s tax authority will allow salaries and wages that are regular, fixed amounts to be paid in digital currencies such as Bitcoin, Ethereum and Ripple, according to the Financial Times. Finextra explores the development.

he FCA will grant the payments and e-commerce industry more time to implement Strong Customer Authentication (SCA). The confirmation comes after the financial regulator drew up plans to give the UK a minimum 18 month extension to the original September deadline for firms to comply with SCA rules required by the European Union’s Payment Services Directive (PDS2). Read more.

Australian police have arrested five people for their alleged involvement in a cryptocurrency cold-calling scam that fleeced investors to the tune of AU$2.7 million.

The People’s Bank of China is “almost ready” to launch its own digital currency. Mu Changchun, deputy director of the central bank’s payments department, made the comments at a recent forum, according to reports. The impending launch comes after the bank set up a research team to investigate a digital currency in 2014.

The Board of Banking Competition Remedies (BCR) has awarded £10 million grants from its Capability and Innovation Fund Pool C to four FinTechs. This fund is designed to facilitate the expansion of business offerings to include lending or payments services to small and medium-sized enterprises (SMEs) in the United Kingdom, or international payments services to SMEs in the United Kingdom. FStech has the latest.

We are delighted to be sponsoring the fifth Annual Australian Financial Crime Summit.

Taking place in Sydney on Tuesday 20 and Wednesday 21 August, the event is dedicated to examining and helping to overcome financial crime issues through the combined expertise of professionals within the AML/CTF, ABC, Compliance and Regulatory fields, and Encompass’ Mike Kearney will be in attendance.