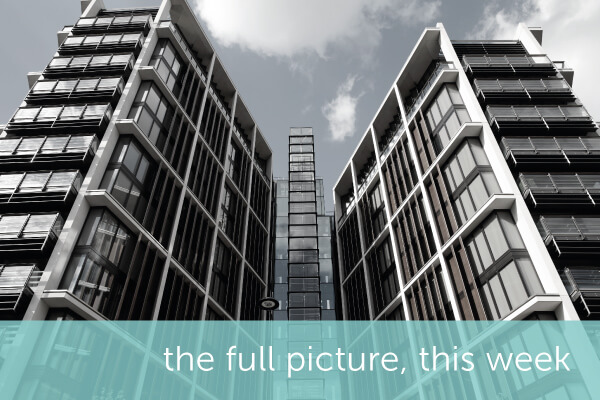 In our weekly roundups, the encompass team take you through all the breaking news on Know Your Customer (KYC), compliance and financial crime, keeping you informed at all times. This week we look at the implications brought about by the fifth Money Laundering Directive, good news stemming from Hong Kong, and checking supply chains in Australia.

Members of the European Parliament adopted a resolution allowing for the progression of the fifth Money Laundering Directive (5 MLD) at the tail end of last week, and not surprisingly, this has generated several headlines across the European and UK press. Euractiv has given an overview of 5 MLD and what repercussions could be for those states who have not as yet transposed the fourth Directive into national law.

Removing these abhorrent crimes from the financial system will require far more thorough customer due diligence. Companies must be checking the identity of customers, particularly those from high-risk countries, and ensure they have ongoing monitoring in place to identify the true beneficial owners of assets, be those physical or digital.

The fifth Money Laundering Directive will have clear repercussions on firms once brought into force. That may very well be required however, as in this extended piece in the Guardian eloquently explains how the UK still has massive problems with unexplained wealth and money laundering. The article illustrates how easy it is to incorporate a company in the UK, and then use that as a vehicle for nefarious means – and what happened to one individual who tried to explain this fact to the Government.

Did we mention there are problems in the UK with unexplained wealth and money laundering? In case it wasn’t clear, the BBC has reported this week on a Ukrainian criminal gang who used UK offshore accounts to launder money, then buy luxury property – in where else – London. Although the gang had been on a police watchlist since the 1990s, the revelations came to light through the Paradise Papers leak. Further reporting can be found in the ever reliable OCCRP and Property Industry Eye.

And just to further prove the point, the IMF is launching a far-reaching investigation into all the G7 countries, including the UK, to ensure wealthy nations are doing enough to hinder money laundering and corruption.

Perhaps sensing an opportunity, financial services trade association UK Finance and KPMG have released a report calling for a “collaborative” approach from financial firms, regulators and Government to tackle cyber-crime in the UK. 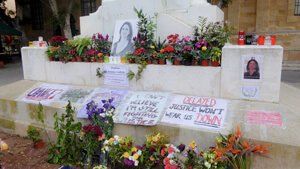 Following the murder of anti-corruption campaigner, Daphne Caruana Galizia in Malta, the EU justice commissioner will visit the island to examine money laundering links to Ms Galizia’s death. The European Parliament has already expressed its concern over police independence and links to money laundering on the island.

Arthur Yuen Kwok-hang, deputy chief executive of the Hong Kong Monetary Authority (HKMA) has said authorities have frozen around HK$2.8 million in funds that were suspected to be linked to money laundering or terrorist financing. He said suspicious transactions reported by banks in Hong Kong rose 25 percent in 2017 compared to the previous year as authorities look to clamp down on money launderers.

Chinese criminal gangs are being investigated by EU and Italian authorities for the under-payment of VAT at Greece’s largest port, Piraeus. Greece’s Financial Investigation Unit has launched a separate enquiry.

Australia once again features on these pages, as the Australian Competition and Consumer Commission (ACCC) has backed the Government in proposing fines of up to 10% of turnover for those found guilty of breaking of anti-money laundering and corruption laws. PM Malcolm Turnbull has conceded he was wrong to oppose the creation of a judicial commission whose “daily revelations of wrongdoing have shocked the country in recent weeks.”

Excellent news for the global FinTech community as global VC backed funding for the first quarter of 2018 topped $5.4 billion. The data, compiled by CB Insights and reported in Finextra, shows 323 deals being struck, 157 of which were in North America.

A new research paper from Aite Group has highlighted that at present only 2% of asset management firms have an automated compliance function in place. They highlight that new legislation brought in makes it more and more likely that RegTech solutions will be implemented. In this interview with DerivSource, they further note that in risk management particularly, there is an appetite for machine learning and intelligent process automation (IPA) because it brings in a competitive component and allows for the move from reactive to proactive compliance.

The Aite Group research is backed up by the release of a second report on RegTech on Sunday from leading professional service firm Accenture. As reported in ITP, they note that RegTech can help regulators, and with the pressures that regulators face in enforcing Government’s wishes, that RegTech solutions can offer savings across both time and resource.

Gianmario Pisanu, managing director and consulting lead for Accenture in the Middle East and Turkey, and one of the report’s authors commented:

The regulatory environment has a tremendous impact on a country’s ability to innovate and prosper. In the coming years, data and insights will be a catalyst for innovation and business growth and serve as the backbone of more effective and efficient regulatory systems.

The forthcoming Data Protection Bill has been widely renounced by a host of commentators, including opposition MPs, the Law Society, Bar Council and the charity Liberty. Under the new legislation, the Home Office will be given wide exemptions that will prohibit anyone in the future from enquiring about their legal status in the UK. The calls to amend the Bill come following the widely circulated story on the Windrush generation, some of whom have been denied access to healthcare, lost their jobs, or been threatened with deportation.

Levels of ID fraud continue to rise in the UK, with 175,000 cases reported last year alone. The figure comes from a new report published by Cifas, which illustrates that fraud in the UK continues to rise year-on-year. The Independent has also covered this story in detail.

Meanwhile, a further report, has announced that the total value of global cyber-crime tops £1.07 trillion. The report states:

Revenue generation in the cyber-crime economy takes place at a variety of levels – from large ‘multi-national’ operations that can make profits of over $1 billion (£710 million); to smaller SME style operation where profits of US$ 30,000 (£21,420) – US$ 50,000 (£35,700) are the norm. There is now a growing interconnectedness and interdependence between both the illegitimate and legitimate economies.

400,000 UK customers were at risk of having their online conversations, passwords and credit card details stolen because of a flaw in their broadband equipment. UK broadband company Hyperoptic, which has its equipment produced by Chinese firm ZTE left customers susceptible to control of their computers to hackers through phishing links sent via email. The National Cyber Security Centre has released an alert on the use of ZTE equipment. Full coverage of the story can be found in MSN, ISP Review, Digit, and Which.

In The Financial Brand, Jim Marous explains the factors involved for banks to become truly digital. He explains that many jumping off points start with the customer journey, which is currently too elongated. Banks are further being challenged by both incumbents and tech firms such as Google and Amazon. However, to become a true digital brand, they must be able to update legacy platforms and IT, as well as adjust mindsets.

This is supported by Leda Glyptis in Banking Tech magazine who asks how boardroom execs can justify their positions without knowing anything about IT or technology.

Mark McLaughlin has written an interesting piece on the future of AI in Holyrood Magazine, perhaps reminding us that while dystopian futures have been predicted by everyone from Stephen Hawking to Elon Musk, this future is so remote as to be almost completely dismissed. He also notes that despite the furore over an Uber self-driving car killing a motorist this year in the US, a human driver would not have been able to avoid her, and 3,000 pedestrians are killed by automobiles every month in the US.

Following the lead of several other states over recent months, Iran has become the latest country to ban the use of cryptocurrencies.

In further crypto based news, approximately one in five financial service firms are considering introducing a cryptocurrency desk in the next twelve months, reports Finextra.

Cryptocurrency is still a relatively small part of the trading market, but this survey makes clear this niche segment is starting to enter the mainstream of the financial services industry. This is a major change from a year ago.

And in World Finance, there is an interesting debate as to whether cryptocurrencies are more susceptible to money laundering than fiat currencies. Despite suspicion from traditional banking houses, the reaction to sceptics is that with blockchain available on trades, that crypto offers no further level of risk than traditional banking.

US treasury secretary Steve Mnuchin has said he is willing to travel to China this week in an attempt to resolve the trade dispute between America and China.

And finally, ABC in Australia have this exposé on the dangers of the supply chain, and why it should be never overlooked. They point out, on the fifth anniversary of the building collapse in Bangladesh in which 1,138 people perished, that sometimes modern slavery can take place on our doorsteps – in this case in Australia.

They note several raids on established companies in Australia, as well as under-payment of staff by companies such as Pizza Hut and Dominos. To beat modern slavery, they call for legislation that goes further than what has been introduced in the US and UK, and is more than a “box ticking exercise”. Legislation must make clear what employers responsibilities are, human rights due diligence to be conducted, regulatory consequences for those that do not comply, and the law to apply to not only companies, but government bodies and charities.