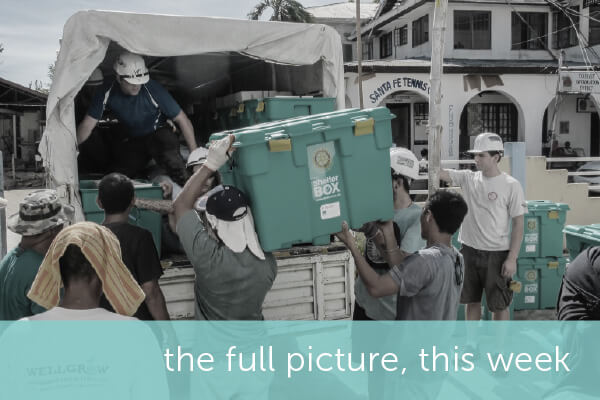 This week we look at anti-money laundering developments in Europe, warnings to US banks to be on the lookout for the proceeds of corruption, unexplained wealth orders, continued fallout from the US sanctions regime and stumbling blocks to digital transformation success.

The scandal continues to shine a spotlight on anti-money laundering (AML) regulation and enforcement in Europe with The Banker exploring the issues of the European Union’s approach to AML. The article raises concerns over the limited power of the European Central Bank’s Single Supervisory Mechanism (SSM) and questions whether the EU should move away from directives toward regulation.

Malta is now under the spotlight, according to the Financial Times, with the European Commission taking the unprecedented step of ordering Maltese authorities to take action to address weaknesses in AML supervision.

Terrorist financing, money laundering, tax evasion and other criminal activities need to be tracked and eliminated. The new regulation provides us with the necessary tools to be more efficient in tackling such threats.

The Financial Crimes Enforcement Network (FinCEN) has issued an advisory warning US banks to be on the lookout for the proceeds of political corruption in Nicaragua.

The Wall Street Journal reports that the first unexplained wealth order (UWO) issued by the UK’s National Crime Agency has been upheld by the High Court of Justice. Relating to the wife of a former chairman of a state-controlled bank in a foreign country, the order called into question the legitimacy of funds being used to buy a luxury property in London. The former chairman, a politically exposed person, was charged and imprisoned for embezzlement and large scale fraud. While Transparency International welcomed the move, others are more sceptical of the impact UWOs will have. According to David Corker, partner at law firm Corker Binning in London:

Winning this type of application in the High Court is very time-consuming and resource intensive. Whether they will make the difference they say it will, it remains to be seen.

The aggressive US sanctions regime continues to cause ripples across the globe, with the International Court of Justice ordering the US to ease sanctions in order to allow the export of humanitarian goods, including food, medicine and aviation safety equipment.

A Turkish defence firm has been sanctioned for allegedly trading weapons and luxury goods with North Korea, and Standard Chartered is braced for a potential fine relating to Iran sanctions.

Digital transformation projects abound in companies of all sizes across the world, but success isn’t always guaranteed. A recent IDG survey found that the two biggest barriers to success are not budget or talent related, but are instead to do with cultural challenges, including risk aversion, and a disconnect between IT and the business.

Did you miss our blog from earlier this week? We outlined the steps regulated firms need to take to remain compliant with evolving AML regulations. Catch up now: AML compliance checklist: best practices for due diligence.

We’re delighted to announce the integration of KVK Netherlands Chamber of Commerce into encompass to expand our coverage in the Netherlands. Customers can now access extracts from the official register providing high level information about Netherlands companies including shareholder and director names.

We’ll be at Hong Kong FinTech Week later this month with our partner, and silver sponsor, Transunion. Get in touch if you’d like to pre-arrange a meeting to discuss automating your Know Your Customer and due diligence processes.

Meet the team at Sibos 2018 taking place in Sydney from 22-25 October. This year’s theme, Enabling the digital economy, will focus financial industry leaders attending on digital transformation and technology.

Get in touch today if you want to meet one of the team at Sibos 2018.