What it means to be a woman in RegTech 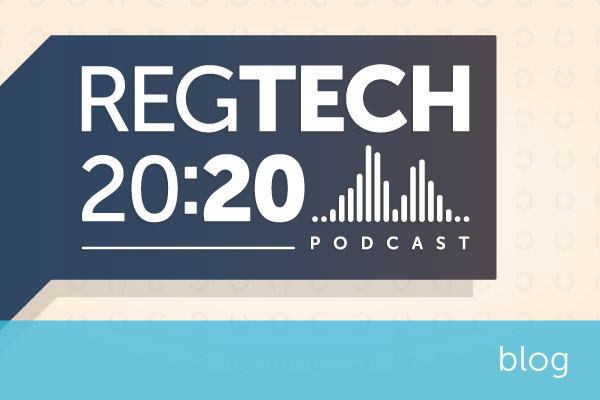 What it means to be a woman in RegTech

Female participation in the RegTech industry has grown over the last few years, with women now accounting for up to 35 per cent of the RegTech workforce, but there is more to do – especially when it comes to women moving into leadership roles.

In the latest episode of the RegTech 2020 podcast, from Encompass Corporation, three female experts, Victoria Martin from 11:FS, Marisol Lopez Mellado from IHS Markit, and Lucy Heavens, co-founder of RegTech Women, debated the state of female participation in the industry, and how to improve gender equality.

Victoria, 11:FS’ Head of Risk, drew reference to recent data, which revealed that, in 2019, the UK added 60,000 new tech roles but only 16 per cent of those were filled by women. Furthermore, 17 per cent of FinTech founders are women and only 3 per cent of investments go to female founded firms.

We’ve seen the industry change quite considerably, but for all of us, and for me personally, I still think we’ve got quite a huge way to go, especially when it comes to encouraging more of the younger women into the RegTech industry, through to supporting women to move up that career ladder and take on more senior and C-level roles

When discussing how women can contribute to making RegTech a much more evolved industry, Victoria mentioned that women tend to have more natural ability in some areas of compliance.

One of the reasons [for that] is the skill set that comes with being a Compliance Officer. It’s so important to have good advocacy skills and be able to see both sides. I also tend to think women can be a lot more risk averse as well

Later in the podcast, Marisol Lopez Mellado, Global Head of KYC Services at IHS Markit, suggested that retaining women in RegTech and FinTech is just as important as getting them there in the first place:

Trying to create a diverse environment is imperative… But, for the industry to change as a whole, there must be career progression for these roles [for women]. So that it’s not just about women coming into a role, but how are they going to stay, how are they going to reach this point of C-level and leadership roles, which is where we need more women.

Marisol went on to say:

You can listen to the full episode of RegTech 20:20 below, or on all major podcast streaming platforms, including iTunes and Spotify.

News, interviews and analysis on all things regtech in the UK and beyond

listen to the latest episode