This time, we have the latest on Members of the European Parliament (MEPs) and their calls to create a new European Union (EU) Anti-Money Laundering (AML) watchdog, as well as a European financial police force.

Elsewhere, there is news of a crackdown on money laundering as Her Majesty’s Revenue and Customs (HMRC) officers visit 50 estate agents across England suspected of breaching regulations by trading without being registered.

MEPs this week saw their work in connection with the creation of a new EU Anti-Money Laundering watchdog, as well as a European financial police force, progress.

There is also communication within these recommendations that focuses on setting up new bodies at EU and global level.

The overall report has been described as a “detailed roadmap towards fairer and more effective taxation and tackling financial crimes.”

After passing the voting stage, it will now go to the plenary for approval. 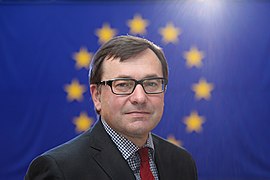 Reacting to the vote, committee chair Petr Ježek said the development was significant and could signal a turning point, adding:

The work achieved by this committee has shed light on unprecedented issues affecting the banking and financial sectors. The investigations and hearings have helped us draft stronger recommendations, notably on the need to enforce EU AML/CFT legislation better and have stricter banking supervision, as well as enhanced information exchange among FIUs and tax authorities. It is now crucial we maintain that pressure.

As a result, the entire sector is under more scrutiny than ever and every organisation within it has a role to play in regaining trust and building up its reputation to what it once was.

For this to be achieved, it is imperative that AML compliance is seen as best practice, not just a ‘check the box’ exercise.

Society demands better from the financial community and their ability to prevent the financial system being used to support criminals.

Automation is the only way to drive both better compliance and simultaneously lower costs to customers. Not only does it streamline and simplify the process, it also makes it easier to embed compliance activities into day to day workflow across the organisation, creating a culture of compliance and improving overall effectiveness in line with enhanced regulatory expectations.

As a result, the entire sector is under more scrutiny than ever and every organisation within it has a role to play in regaining trust and building up its reputation to what it once was.

For this to be achieved, it is imperative that AML compliance is seen as best practice, not just a ‘check the box’ exercise.

Society demands better from the financial community and their ability to prevent the financial system being used to support criminals.

Automation is the only way to drive both better compliance and simultaneously lower costs to customers. Not only does it streamline and simplify the process, it also makes it easier to embed compliance activities into day to day workflow across the organisation, creating a culture of compliance and improving overall effectiveness in line with enhanced regulatory expectations.

The Commission last month published a list of 23 countries that, it says, are too lax on money laundering, including Saudi Arabia and Panama, as well as several American territories, such as the U.S. Virgin Islands.

The list, which needed the support of both the European Parliament and Council of the EU to come into effect, was met by intense backlash from the U.S. and Saudi Arabia.

Read the latest on this here. 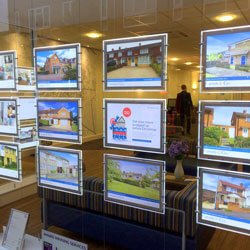 HMRC officers visited 50 estate agents across England after they were suspected of trading without being registered and breaching money laundering regulations.

HMRC will now take action against visited businesses who have failed to comply. Sanctions can include fines, publication and criminal proceedings.

Ben Wallace, Minister for National Security and Economic Crime, insisted there is “nowhere to hide” when it comes to those who are caught out, commenting:

Estate agents are a crucial line of defence against them [criminals] and that’s why they’re under a legal – and moral – obligation to file a report when they spot something amiss. It’s wrong to think of money laundering as a victimless crime. Those with dirty cash to clean don’t just sit on it – they reinvest it in serious organised crime.

Latvia’s prime minister, Maris Kučinskis, has pledged to stamp out the kind of money laundering that has previously impacted on the country but has insisted that a portion of blame must also fall to the rest of the European Union. More of what he had to say is here.

The Financial Action Task Force (FATF) published preliminary guidelines for cryptocurrencies. According to the organisation, the new information related to the Interpretive Note to Recommendation 15 – which contains requirements for regulating and supervising digital asset services providers – has been finalised. Read more.

An elite boarding school in England has been revealed as one of 50 British education providers to have received fees via tax haven companies that were customers of a now defunct Lithuanian bank. Charterhouse, in Surrey, collected five years’ worth of boarding fees, totalling £300,000, after three separate payments were wired from a bank in Lithuania to the school’s account. The Guardian has more on this.

Bank accounts belonging to more than 90 UK-based Chinese students have been frozen in an effort to put a stop to an international money-laundering racket. In an operation co-ordinated by the National Economic Crime Centre (NECC), police and law enforcement agencies used new powers to seek account freezing orders – targeting more than £1.5 million – at ten courts across England and Wales. The Times covers the story here.

The number of money laundering cases linked to cryptocurrencies in Japan has rocketed. The country’s National Police Agency (NPA) has revealed that the number of suspected incidents increased by 900 percent in 2018, when compared to the previous year. However, this still makes up only 1.7 percent of all money laundering investigations.

HMRC has released a list of businesses that, for the latest tax year, have not complied with money laundering regulations. As a supervisor of the Money Laundering, Terrorist Financing and Transfer of Funds (Information on the Payer) Regulations 2017, HMRC has highlighted those known not to have followed the rules set out.

encompass has been shortlisted in this year’s RegTech Insight Awards. You can vote for us in the ‘Best Vendor for Financial Crime’ category here. You have until midnight (GMT) on Friday 15 March to make your vote count.

To celebrate International Women’s Day, we asked some of the women of encompass to reflect on their own careers and share what it is like to work not only for us, but within the FinTech industry as a whole. You can see what they had to say on our blog here.

Last week, CAMS-certified solutions consultant Ruby Schembri discussed the current progress of automation in KYC, and developments to be made in the future, in a webinar titled ‘Automation in KYC – Perception vs Reality’. You can view the recording of the webinar here.