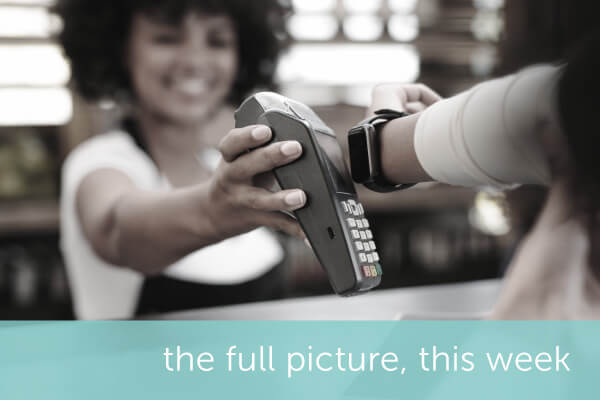 In our weekly roundups, the encompass team take you through all the breaking news on Know Your Customer (KYC), compliance and financial crime, keeping you informed at all times. This week, we look at British reaction to Russian dirty money, how Vietnam could be the next new focus for FinTech companies, and whether AI could be the saviour of the NHS.

UK
We start this week on home soil and a damning indictment for the Government over Russian dirty money. The Commons Foreign Affairs Committee has accused the Government of a “lethargic response” to Russian money, even following the attempted poisoning of former spy Sergei Skripal and his daughter Yulia.

Foreign Affairs Committee chairman, Tom Tugendhat, said: “The scale of damage that this ‘dirty money’ can do to UK foreign policy interests dwarfs the benefit of Russian transaction in the City.” Mr Tugendhat further called for the Foreign and Commonwealth Office, under the leadership of Foreign Secretary Boris Johnson, to implement a strategy for tackling Russian aggression.

Responding on behalf of the Government, Security and economic crime minister, Ben Wallace said the UK was “determined to drive dirty money and the money launderers out”.

“[We] will use all the powers we have, including the new powers in the Criminal Finance Act, to clamp down on those that threaten our security,”

The report, named ‘Moscow’s Gold: Russian Corruption in the UK’ points out that following the attempted assassinations in Salisbury, there were almost no recriminations to Russian business, with state owned energy giant Gazprom trading bonds on the stock exchange days after. The document raised concerns about so-called “tier 1,” or investor, visas, which are open to those able to invest $2.7 million in the country, hinting that it plans to study the issue in more detail.

It read: “The government cannot afford to turn a blind eye as kleptocrats and human rights abusers use the City of London to launder their ill-gotten funds and to circumvent sanctions, putting that money directly into the hands of regimes that would harm the UK, its interests and its allies.”

The committee’s report urges the Government to show “stronger political leadership” on the issue by taking a number of actions, including:

A full round up of this story can be found on the BBC, the i, Politics Home, opinion piece in Spears Wealth Management, MSN News, Daily Mail, This is Money, and the New York Times.

Roman Abramovich
In related news, it has been rumoured that Russian oligarch Roman Abramovich may not have his visa renewed by the British Government. This morning’s tabloids linked the owner of Chelsea FC to Israel, suggesting he may be relocating. Mr Abramovich is well known as a supporter of Russian President, Vladimir Putin. Coverage can be found in City AM, the Independent, and the Daily Mail.

For anyone wishing to learn the basics of money laundering, this guide from the Guardian is a great starting point. They write:

“Britain alone launders £90bn each year, according to the National Crime Agency (NCA). The figure includes the proceeds of almost all serious and organised crime committed in the UK, but also a significant amount of the corruptly obtained assets of politicians and public officials from overseas. This loot finds its way mainly into the housing market. Companies incorporated in the UK’s network of tax havens own 57,000 properties in Britain. Of these, 16,000 are in just two London boroughs: Westminster and Kensington and Chelsea, according to research by Global Witness.”

Efforts are being made to counter the flow of dirty money within the UK however, On Monday we learned that the Financial Conduct Authority (FCA) and the Insolvency Service had signed a memorandum of understanding (MOU) which establishes a framework of cooperation between the two bodies in order to tackle financial crime.

And finally, the Telegraph has this week revealed that the Bank of England is still around £80,000 out of pocket following the “cash in the knickers” thefts from the late 1980s and early 1990s. They write that cash due to be incinerated was instead smuggled out in underwear and came to light after an individual attempted to deposit £100,000 from a plastic bag at a building society…

Hong Kong
A report from Thomson Reuters has revealed that nearly half of businesses in Asia-Pacific have been victims of financial crime. Of the 49% of businesses who replied to the affirmative, fraud and cybercrime were cited as being the main conduits. Coverage can be found in the South China Morning Post and Business Times. Separately, Macau Business report that it will take time for the real estate industry in Hong Kong to come to terms with anti-money laundering legislation passed in the region.

Malaysia
An investment fund under the direction of former Prime Minister Najib Razak is under investigation for possible fraud and money laundering. 1MDB was set up in 2009, but reports are circulating that $681m from the fund have been discovered in Razak’s personal bank accounts.

We have a mixed bag within the FinTech and RegTech scene this week, looking at some interesting developments from Paytm Payments Bank and Ant Financial, and how Vietnam could be the next FinTech hotspot.

In pymnts.com, there is a discussion on the different opinions offered towards the use of digital currencies and mobile banking, noting that the trade off for going cashless is the volume of data that consumers will be sharing with providers (particularly topical given the implementation of the General Data Protection Regulation (GDPR) today). This is supported by research from GATE, who report that nearly one in five Americans, think that payments will become completely cashless in their lifetime.

The BBC has reported on the new wave of challenger banks, writing that some are under threat of takeovers, while others such as TSB have been described as “broken” by Nicky Morgan MP, chair of the Treasury Select Committee.

An opinion piece in Bobsguide suggests that the potential roll-back of the Dodd-Frank act by President Trump could have positive repercussions for the FinTech sector in the United States.

On Monday, Mastercard announced intentions to commence with a scale programme for young FinTech businesses.

Casey Hynes, writing in Forbes has suggested that by 2020, the FinTech sector in Vietnam could be worth as much as $8 billion. She cites the “high internet and smartphone penetration rates in urban centers, increased popularity of e-wallets, rising income and consumption, and a growing e-commerce sector” as the reasons for the high uptake of FinTech penetration in the country.

Meanwhile in Dubai, applications have opened for the 2018 FinTech accelerator. The prime focus for this year will be RegTech, Islamic Finance and insurance technology.

In the Market Mogul, journalist Joanna Kwietniewska has written on the virtues of RegTech in helping banks with their regulatory challenges, citing that global regulatory load has increased by 492% in the years 2008–2015.

The Central Bank of Brazil has opened an innovation laboratory for creating new financial applications with the support of Amazon Web Services, Microsoft and IBM reports Finextra.

Techcrunch has been examining this potential new competitor for Tesla and Uber. UK company Wayve has been launched to make autonomous vehicles a reality.

Law firm Bryan Cave Leighton Paisner (BCLP) (formerly law firms Berwin Leighton Paisner and Bryan Cave) has released an automated platform that can write legal agreements without the need for human involvement. The platform has been designed for non-disclosure agreements initially, and is charging £5 per NDA.

Taiwanese legislators have formed a parliamentary blockchain group to promote the development of the industry, according to a Facebook announcement by MP and legislator Jason Hsu Yu-Jen writes Cointelegraph.

In Entrepreneur, Lahcen Haddad, a former Minister in the Moroccan Government has written on the opportunities that blockchain may present to Governments around the world.

We’re aware that blockchain continues to move at pace, but on Wednesday, two banks announced that they had conducted a cross-border payment between Thailand and Singapore using blockchain. Thailand’s Bank of Ayudhya PCL said it committed a real-time international remittance in concert with MUFG Bank, Mitsubishi Corporation and Standard Chartered Bank (Singapore) using the Krungsri Blockchain Interledger.

To mark the 70th anniversary of the creation of the National Health Service (NHS), Prime Minister Theresa May has announced that AI will increasingly be used to offer better patient care. The plans could reportedly save up to 20,000 lives every year.

“The development of smart technologies to analyse great quantities of data quickly and with a higher degree of accuracy than is possible by human beings opens up a whole new field of medical research.” said the PM, during a speech in Macclesfield.

In a similar vein, reports in the US state that AI will increasingly be used in schools and classrooms, helping institutions save money and resource through the use of tools such as chatbots.

However, the UK Government has been warned by the FCA that it must begin to use AI and machine learning to track down criminals and counter dirty money.

“Excessive risk aversion is not going to help us win an arms race that is so heavily rooted in automation. We need to turn technology against criminals,” said FCA executive Megan Butler.

As always, we are packed with news on cryptocurrencies. Beginning in Bobsguide, where Fernando Gonzalez Aguirre asks why are there so many cryptocurrencies? The volume of cryptocurrencies isn’t the issue for Robert Shiller in the Guardian however, he is more concerned with asking whether crypto is actually just a fad. He concludes:

“The cryptocurrencies are a statement of faith in a new community of entrepreneurial cosmopolitans who hold themselves above national governments, which are viewed as the drivers of a long train of inequality and war.”

Speaking to CNBC, crypto-trader Ran Neu-Ner has suggested that the regulation of cryptocurrencies will be good for their long term health.

“If we want to make this a real asset class, with real people, then let’s weed out the bad actors. But the first step is, let’s legislate first; let’s regulate first. So we know what the playing field looks like” he said.

That might very well be necessary because Reuters has the story that criminals have stolen about $1.2 billion in cryptocurrencies since the beginning of 2017. This has been supported by the Governor of Banco de Espana, who this week has said that cryptocurrencies pose more risks than benefits.

He described crypto tokens as “those spurious novelties that do not provide significant improvements and that should be tackled as soon as possible.”

The trade war between the US and China seems to have cooled this week after US Trade Secretary, Steve Mnuchin said that talks between the two countries had largely been positive. The Chinese have reportedly agreed to concessions that will lower the trade gap between the two nations; and there could be an increase in US farm products being exported to China to the tune of 35 to 40%

“Historical precedents suggest the U.S. could re-engage with China on trade issues if it sees China dragging its feet on fulfilling its pledges. Moreover, the last three months have further exposed Washington’s concerns over China’s advancement in technology and its threat as a competitor, both commercially and strategically,” said Tai Hui, JP Morgan’s chief market strategist for Asia Pacific

On Monday, Secretary of State Mike Pompeo said that the new sanctions being announced on Iran, would be “the strongest in history”. Following the announcement, Danish shipping company Maersk said it would be concluding work in Iran.