Why UK Remains An Attractive Proposition to Money Launderers 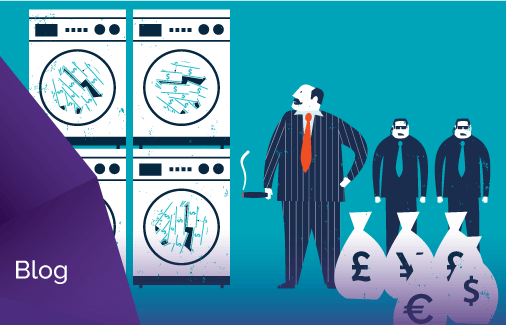 Why UK Remains An Attractive Proposition to Money Launderers

For financial institutions, law firms and professional services firms, regulations in regards to money laundering and KYC have become ever more complex in recent years.

From Zero Risk to Risk Based Approach

The move from a zero risk to a risk based approach (RBA) has added to the complexity for firms seeking to manage customer and client risk. Managing the fine line between ensuring current customers and onboarded customers do not have potential criminal intent must be weighed up against customer experience and the risk that each individual customer poses.

This has in some circumstances led to an extremely strict approach from some compliance officers, with customers being turned away. Clearly, if a RBA is to continue then this is unsustainable. Financial institutions and professional firms must mitigate risk to their firms while at the same time offer a high level of customer experience. According to Thomson Reuters some business customers require an average of eight interactions with a bank before their application is approved so there is still considerable room for improvement here.

Why then have states and intergovernmental institutions begun to take such a hard line approach to anti-money laundering regulations?

The Global Effects of Money Laundering

Clearly, criminality is a responsibility for all states and institutions to clamp down on. In recent years this has been accelerated by bodies such as the European Commission who have compiled information on what criminal endeavour is costing taxpayers. As money is the one universal in virtually all crime, stopping the proceeds of crime from being moved and ‘cleansed’ through money laundering activities has led to a greater emphasis on anti-money laundering activity being implemented.

In the UK, the Treasury have said that money laundering activities represent a significant risk to the UK’s national security and therefore needs to be countered through enhanced AML/KYC activity.

In a 2009 report from the United Nations, criminal activity amounted to a huge 3.6% of the planet’s GDP, representing around $2.1 trillion. They further reported that around $1.6 trillion was laundered, while in a separate report, NGOs have estimated the figure laundered within the UK alone at between £23-57 billion each year. The Home Office has stated that as of December 2014 there are around 5,800 criminal enterprises in the UK, representing over 40,000 individuals.

The social and economic costs of these criminal enterprises has been calculated at £24 billion per annum, with the UK drugs market estimated to be worth $4 billion a year alone. As well as impacting on the economies of states, money laundering also impacts on financial institutions and professional services firms. 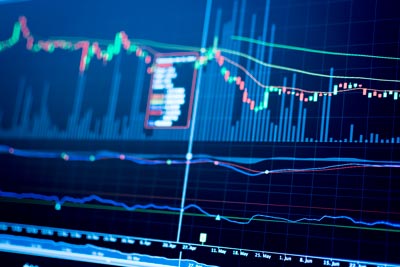 Confidence in banks stems from the fact they operate within a tightly controlled and regulated framework. If this integrity is broken by money launderers, then as well as confidence in the individual institution being broken, they will also have become complicit in criminal activity. The ripple effects of this could affect other financial institutions leading to volatility in markets, capital flows and exchange rates.

The effects of money laundering also has a direct effect on state economies as more money is required for law enforcement and countering the social impact, such as in healthcare.

Money laundering can further undermine the social fabric of UK institutions ultimately resulting in the weakening of democracy.

The UK is an Attractive Proposition to Money Launderers

With a developed financial system and stable democracy, the UK is an attractive proposition to money launderers. While UK regulation and compliance is amongst the most strict in the world, the stability of the financial system and the high volume of transactions that take place through UK banks and their subsidiaries make it an attractive target. As of 2011, there were over 250 banks based in the UK, and London is the largest currency trading center in the world with nearly 41% of global foreign exchange trading going through UK based dealers.

Importantly, should criminals be in a position to continue laundering money, then their criminal enterprises can continue. Cutting them off from their source of funds is an effective method of curtailing criminal activity. Investigators working in the field of money laundering can join together pieces of information that can lead to hidden assets, shell companies and other bank accounts or individuals involved in the process. As necessary as money laundering is to criminals, this necessity means that they are vulnerable to law enforcement.

For investigators, the recovery of stolen money or hidden assets means that there is the opportunity to reunite assets with victims of the crime. The ability of investigative authorities to interrupt money laundering can further lead to arrests across jurisdictions, money and property seizures and potentially the dismantling of entire criminal enterprises.

In the UK, money laundering is investigated by a number of different bodies including police forces, HMRC, the National Crime Agency, the Serious Fraud Office, the Joint Money Laundering Intelligence Taskforce, the UK Financial Intelligence Unit and regional bodies such as Police Scotland, as well as collaborating with international bodies such as with the Financial Action Task Force (FATF) which seeks to eradicate money laundering internationally.

Progress in identifying and prosecuting money launderers has been slow however. Various reports state as little as 1% of money launderers in the UK are caught. A December 2013 report from Transparency International cites figures showing that the UK froze $229.6m between 2006 and 2009, a relatively small amount commensurate with its importance as a leading financial market, and equivalent to only about 0.26% of the global corrupt financial flow for this time period.

Potentially, there is a huge amount of people both within the UK and out who are involved in, or considering using money laundering to hide the proceeds of criminal activity. With such large numbers at play – both in terms of £££ and numbers of criminals – it is unsurprising that resources are being made available from a law enforcement perspective, and regulations passed to make it more difficult to launder money in the UK and elsewhere.

For professional forms, technology can assist in their onboarding of customers and in tackling money laundering. Tools such as encompass can cut cost and time during the onboarding process, and ensure that firms are proficient in their AML/KYC obligations.