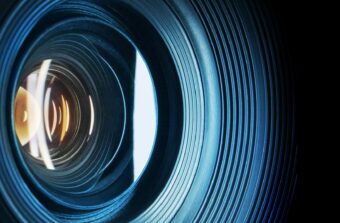 Throughout our AML in 2020 series, so far, we’ve brought a range of expert analysis and opinion that’s focused on what you need to know about Anti-Money Laundering (AML) and RegTech this year – and beyond.

From RegTech Associates’ predictions putting the spotlight on financial crime, to Dow Jones Risk & Compliance’s Eric A Sohn’s take on what lies ahead in the world of sanctions, various key areas have been covered by those in the know – and now it’s the turn of Encompass to offer our own insight.

In this blog, our CEO and co-founder, Wayne Johnson, and Alex Ford, VP, Product and Marketing, share their thoughts on all things RegTech – delving into topics including its growth, trends and the role Encompass has to play.

How has the perception of RegTech, and the industry, developed in the last few years?

Wayne Johnson [WJ]: Looking back, RegTech was established in the UK but not really elsewhere. However, now we see dedicated associations in almost every country we [Encompass] operate in.

What that shows us is that the sector is growing, and that growth is represented by having suppliers in almost every region. There has also undoubtedly been a change in the legitimacy of the market.

RegTech is a broad term, which deals with many aspects of regulatory responsibilities, so it is something that institutions can’t ignore. What we know is that the market is maturing to the point that larger firms can deliver mission-critical solutions that can be used at scale, which has not always been the case, which, in itself, underlines this development.

Alex Ford [AF]: Organisations of all sizes and levels of maturity have joined the RegTech conversation. Initially, I think some organisations saw RegTech as a ‘feel-good’ addition, or viewed it as being start-up dominated, and therefore potentially risky, but, over time, banks and other firms have adopted RegTech-driven agendas.

A key indicator of the rise of RegTech is the increased investment we continue to see, as well as the bearing the sector itself now has on Government policy.

There are now many dedicated associations, across jurisdictions, that continue to be deliberate in the way they build the RegTech ecosystem. This reflects an acknowledgement that there is a market for it, and that there is an important role for RegTech to play when it comes to improving not only systems but also business and society overall.

That said, while things have come on a great deal, there remains a general observation, from some, that RegTech adoption has been slower than regulators and initial innovators may have hoped

What trends in RegTech investment do you expect to see in 2020?

WJ: In regards to overall investment, the US and UK have been leading the way – and I see this continuing.

The issue that we work to tackle – money laundering – is getting bigger and that’s largely because the regulatory environment is tightening. Because of this, the need for automation is greater than ever before.

Automating core obligations, even if they alter, is still something that must be done in order to promote efficiency and speed.

The next stage of RegTech is coming. I believe what we will see here is organisations partnering to provide end-end solutions for those common customers they share and pushing the maturing of the sector, amplifying that continued investment.

AF: There is no doubt that this will continue to increase during the remainder of 2020 but, compared to FinTech, RegTech, as a subset, is always going to grow at a slower rate, as shown by this report that concludes that the compounded annual growth rate for RegTech is expected to be 23.5% until 2023, compared to 74% for global FinTech.

Nevertheless, investment is on the up. We are acutely aware that regulatory pressure is not decreasing. As a result, every bank has a digital transformation agenda, which tells us that the market appetite is growing, and we can expect that appetite to be reflected in increased backing of this kind.

What impact do you think regulatory developments will have?

WJ: We obviously have the EU’s Fifth Money Laundering Directive (5AMLD) to consider now, alongside 6AMLD that is also on the horizon, and these regulations bring firm’s responsibilities to tackle money laundering to the fore once more.

These regulations and the changes we see as a result are driven by the fundamental belief that money laundering is the tip of the criminal iceberg that most want to eliminate. Governments, with the actions they take, can effectively close the loop on illegal transfers, meaning more legitimate businesses paying tax.

Aside from the impacts on the industry that more stringent regulations bring, we cannot ignore the impact that tackling money laundering has on communities – it’s immense. Because of this, and the consequence for the economy, what we see is the Governments taking more notice and this is something that has to continue.

AF: One of the biggest things to consider in the space we operate, is the implementation of 5AMLD, which focuses on areas including information sharing and enhanced transparency around UBOs. This has inevitably brought with it more of an onus on regulated firms to ensure they focus on implementing truly effective, and risk-based compliance programmes rather than treating it as a tick box exercise.

5AMLD represents a significant step forward in addressing loopholes but it is clear that we need to stay vigilant and make compliance work count.

How banks benefit from regulation

What will be the key drivers for RegTech in 2020?

WJ: It goes back to the ways of working and the increased pressure within the sectors. Firms are continually under pressure to lower costs, as regulations increase.

They simply can’t use the same manual processes in the same way now – the days of getting by without changing process are gone. They’re forced to look at alternatives and that’s when the need for efficient and effective RegTech solutions becomes evident.

AF: These will, I think, focus on four key areas that we will see as vital across the industry. Those are:

Even in a B2B context, people are expecting a better experience. For example, when it comes to onboarding, the quality of digital consumer experiences has raised the bar and now customers expect faster turnarounds and increased ease of engagement, as a result.

Now that automation and technology solutions in general are being deployed, banks are looking for tighter controls and better standards than they have been able to achieve with traditional ‘off-shoring’ approaches to achieving compliance.

Rather than a traditional one, three, five year refresh cycle, businesses are seeking ways to have a more dynamic, real-time understanding of risk pictures connected to their customers, as well as an overview of the profile across entire books of customers.

Continued focus on data and document provenance and source

As has been the case in banking for a long time, the importance placed on truly understanding the source of each data point used in the KYC process will be recognised more widely across other sectors subject to AML regulation and within banking it will remain a key focus area with continued investment and enhancements to ensure the original and most current information is being accessed every time.

How well is Encompass positioned to support firms with their evolving KYC requirements?

WJ: At Encompass, we always invest ahead of the curve. A significant proportion of our global team covers product and engineering, and these are areas we will be investing further in to enable us to best support our customers as the benefits of automation and what we can offer only become more apparent

We will also be continuing to add more coverage, content and capabilities as the year progresses, which will greatly assist us in serving our customers’ evolving needs.

AF: Encompass plays a critical role in understanding the ultimate beneficial owners (UBO) of a company and collecting evidence of KYC performed in a consistent, scalable way.

KYC is a broad, complex process but, at Encompass, we know that our value comes in accelerating and enhancing this founding stage in the process and enabling better understanding of the full picture of ownership.

Learn more the KYC automation platform from Encompass accelerates and enhances customer onboarding and due diligence.