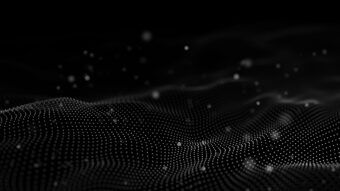 A major research paper co-authored by Dr. Henry Balani, academic and Head of Delivery and Customer Success at Encompass, suggests that the Fourth Anti-Money Laundering Directive (4AMLD) has significantly increased the valuation of European banks.

The research, which was published in the academic journal ‘Research in International Business and Finance’, examined whether financial regulations end up costing more than they are worth, by understanding the impact of 4AMLD on banks’ stock price and systemic risk.

The research found that, as a direct result of 4AMLD, stock valuations across the continent’s banking sector have increased, while total risk has declined, suggesting the benefits of regulations outweigh the cost of implementing and adhering to them.

These findings were reinforced when examining bank specific characteristics. For example, larger and more profitable institutions experienced these benefits to a greater degree, while those with non-traditional revenues streams, including investment banking, brokerage services and asset securitisation, also reported a sharper rise in their stock market valuations when compared to more traditional banks, such as those in commercial and retail banking.

Furthermore, banks that operate in richer EU countries seemed to fare better. According to the report, this points to the fact that banks in poorer countries, with weaker financial services infrastructure, faced greater challenges and higher costs in setting up their compliance function to comply with the provisions of 4AMLD. Banks in richer countries, however, have an easier time when it comes to complying with changing regulations, which drives their stock valuations even higher.

“Regulations such as 4AMLD fulfil their primary purpose of improving financial security and standards within the banking system, which, in turn, helps prevent ‘dirty’ money and abuse of financial institutions. However, it is often wrongly thought that these regulations use up too much valuable time and resources when it comes to compliance, making them cost more than they are worth.

This research suggests that, actually, the opposite is true, and both bankers and regulators should take note that regulations are essential to protecting consumers from criminal activities, whilst also positively benefitting the valuation of banks.

In the time since the introduction of 4AMLD, we have seen 5AMLD come to fruition, with 6AMLD already on the horizon, and it is reasonable to assume that studies on the valuation effects of these directives will produce similar results.”