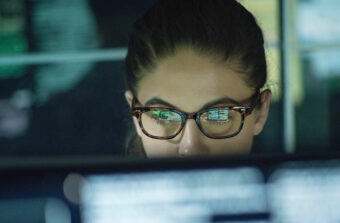 UK based company register Companies House was established in 1844 to register joint stock companies within the British Empire.

Interestingly, even back then fraud was an issue, as it was set up to limit criminal commercial activity. The registry has since evolved to facilitating commercial activities, filing annual reports, and collecting taxes. Determining actual ownership was not deemed critical if companies could prove they were conducting legitimate activity and ‘material’ by having a physical location or place of work.

Even when fraud or criminal activity did occur, this type of financial crime was considered ‘victimless’, as no physical harm came to individuals or property. The company was to blame and individuals behind the company were not liable. This was the basis of the creation of the limited liability company structure we know today.

The limited liability company structure has been abused, with the use of these company structures to hide and protect illicit financial proceeds. ‘Dirty money’ can be laundered through companies and buried in anonymous shell companies registered offshore, and tracing the ultimate beneficial owner (UBO) became exceedingly difficult – both to identify and subsequently prosecute in the event of criminal violations.

In 2017, the US Government Accountability Office found that “the US government had no idea who owned … one-third of the buildings” it “leased for high-security purposes” – clearly a national security risk threat on top of potential financial crime issues. The lack of transparency of beneficial owners has now come into sharp focus, with the advent of the Ukrainian war and resulting sanctions on corporations and individuals, used to force behavior change of those sanctioned.

Russian oligarchs and parliamentarians have been called out as enablers of criminal war activity and had offshore assets, Western bank accounts and financial assets frozen as a result. Any financial institution (FI) failing to enforce these sanctions could be prosecuted and be subject to penalties and deferred prosecutions, including the loss of banking licenses.

The current challenge for FIs is being able to identify the UBO of these sanctioned companies. Since the establishment of the joint stock company back in the 1800’s, the use of these commercial instruments has become increasingly sophisticated depending on the needs of the shareholders of these companies. For example, a company can have shareholders represented by ‘natural persons’ or other companies, which in turn have other companies ‘nested’ in the ownership structure. A ‘natural person’ is an actual individual human being. A natural person could either be the actual owner or a registered agent of the company.

Limited liability companies have been used to restrict potential financial damage brought on by external circumstances and protect the assets of owners, irrespective of how these assets were acquired. While originally these companies were used to limit tax obligations and protect legally earned profits, increasingly nefarious actors, including politicians, have used offshore shell companies to hide bribes or divert state funds to their bank accounts protected by these complex structures. Criminals use these companies to launder funds obtained through illegal activity including drug trafficking, human smuggling and weapons trades.

These illegal and now criminal financial activities continue to be highlighted in the news. We are all aware of the Panama and Pandora Papers exposing corrupt politicians that have abused their positions to accumulate wealth in offshore jurisdictions. It is difficult for enforcement agencies to prosecute these bad actors, given the complex company structures used to hide the beneficial owner’s ill-gotten gains.

Governments and non-governmental organizations (NGOs) realize the challenges of enforcement and increasingly highlight the importance of identifying beneficial owners in their quest to prosecute criminals. The FATF, in the latest G20 senior minister’s’ meeting, agreed to implement ‘beneficial ownership rules to stop criminals hiding illicit activities and dirty money in anonymous shell companies’.

The UK has also recognized the need for reform of Companies House, which is often seen as a ‘best in class’ public beneficial ownership registry. There is no doubt that there are significant areas for improvement, given the lack of verification and enforcement powers and the historical legacy of the register. However, there is now a concerted effort to improve corporate transparency and to fight financial crime.

In the Ministerial Foreword of the reform whitepaper, Lord Callanan, Parliamentary Under-Secretary of State for Business, Energy and Corporate Responsibility clear states: “recent years have seen this framework manipulated, particularly in the use of anonymous or fraudulent ‘shell’ companies and partnerships. These provide criminals with a veneer of legitimacy to help commit a range of crimes, from grand corruption and money laundering to fraud and identity theft.” Clearly, there is impetus in the UK to clean up the registry to prevent financial crime.

The need for improved beneficial ownership registries has accelerated in recent years, and the latest fight to punish Russia for instigating the invasion of Ukraine using sanctions will no doubt continue to be leveraged. Effective implementation of these sanctions will rely on open, transparent ownership registries that identify the beneficial owners, including the natural person instead of a registered agent of a shell corporation.

While there is action being taken by many nations to establish or reform existing registries, there continues to be many challenges. In the US, no federal level registry currently exists as company ownership is established at the State level. The UK reform of Companies House is also dependent on legislative changes that need to be finalized in Parliament, and EU member countries continue to refine their obligation to establish beneficial ownership registries with varying levels of consistency.

Establishing and maintaining an accurate registry can be costly, requiring governments to allocate limited budget to this initiative. According to Open Ownership, an NGO funded by the UK’s Department for International Development and the World Bank, only 29 countries (out of 195) have implemented public registries that provide beneficial ownership transparency.

A global beneficial ownership registry aimed at addressing cross border financial crime will also help. Corrupt politicians, international criminals and tax evaders all look for ways to launder money outside the countries that they operate in, with offshore wealth being difficult to track when regulations and enforcement are only possible within country borders.

According to the Independent Commission for the Reform of International Corporate Taxation (ICRICT), a civil society group focused on reforming global taxation: “10% of global GDP is hidden away in tax havens, with the wealthiest 1% … able to evade up to 25% of their income taxes using offshore structures”.  In an open letter to G20 leaders, they are calling for a global asset register to target hidden wealth. The group advocates for a comprehensive global registry that links all types of asset owning structures from around the world to be used to fight tax avoidance, corruption and financial crime.

Global trends have encouraged the movement towards greater transparency in identifying beneficial ownership to fight financial crime. Negative news such as the Ukraine invasion by Russia and the recent Pandora Papers offshore leaks have all helped to generate momentum, and Governments around the world now recognize the value of beneficial ownership registries and have taken positive steps to develop them.

While there will be hurdles along the way, we have turned a corner towards tackling global financial crime. Perhaps we have finally taken the need for beneficial ownership transparency seriously.

A guide to perpetual KYC