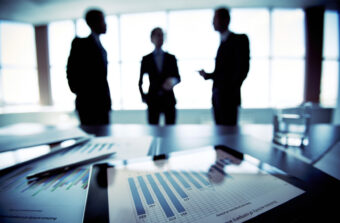 FCA actions in 2021 resulted in financial organizations in the UK being fined £568 million in 2021. This total is made up by fines against major banks and action against individuals for insider dealing, non-financial misconduct and carrying out regulated activities without authorisation.

This data was contained in a new press release published to the FCA’s website, and analyzed by a Parliament Street think tank. Experts concluded that the high quantity of financial penalties is in response to the new forms of financial crime buoyed by the Covid-19 pandemic.

The pandemic has provided criminals with the opportunity to defraud, launder and perpetrate other forms of financial crime with more efficiency than ever before.

Lockdown, and the resulting dependence on digital services, has made it easier for criminals to impersonate legitimate services and scam consumers. On the other hand, it has caused difficulties for the financial institutions themselves to detect malicious activity, as digital identities are harder to verify than the physical or in-person alternatives that existed before the pandemic.

Interestingly, however, the FCA demonstrated success when it came to protecting consumers. Its contact center prevented £4 million being lost to scams, and the FCA secured £5m to be paid back to people who invested in companies that were not authorised to undertake financial activity in 2021. Also a record 1,300 warnings about scams were issued over the past year.

Furthermore, over £1.2 billion has been paid out to settle claims made by small businesses after the FCA won its Supreme Court case to clarify business interruption insurance cover.

The FCA also improved its decision-making processes in 2021, and standards were applied more efficiently but also more robustly when authorising firms. In the year to 2nd December 2021, one in five firms, up from one in six when last reported, which applied for authorisation were refused, rejected or withdrew their application after discussions.

Unfortunately, the number of scams prevented, and fraudsters fined in 2021 is just a fraction of the total amount of financial crime successfully perpetrated. Therefore, combatting it requires a concerted effort from not just the regulator, but the financial institutions, industry leaders, and banks themselves.

Equipping said financial institutions with sophisticated RegTech which is able to deal with, and adapt to, modern trends in financial crime is imperative to helping to combat it. This is particularly the case when it comes to Anti-Money Laundering, the detection of fraud, and identity due diligence.

The FCA has protected customers, enhanced the integrity of the UK’s financial system and promoted competition this year, despite the additional challenges of the pandemic. We have reformed the general insurance market, saving consumers £4.2bn over 10 years, led the transition from LIBOR and helped small businesses claim £1.2bn against business interruption insurance cover. We are looking forward to using our innovative, adaptive and assertive approach to achieve even more for consumers and the financial market next year.