Deciphering global AML regulations – a comparison of the UK, HK and US frameworks 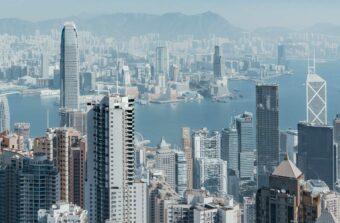 Anti-Money Laundering (AML) regulations for banks have evolved in the last 10 years, as governments aim to combat financial crime. We compare global AML regulations looking at a number of different elements of AML compliance. 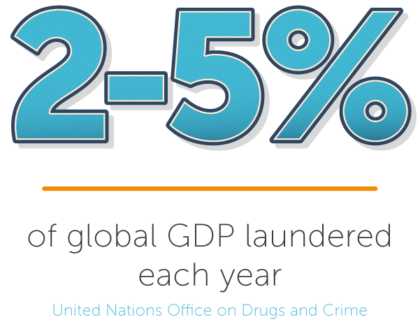 Working under intergovernmental organization the Financial Action Task Force (on Money Laundering) (FATF), countries have come together since 1989 to combat the growing problem of money laundering. It’s no wonder when the estimated value of money laundered in one year is between two and five percent of global GDP. On the surface, AML regulations have many similarities but a closer look reveals some nuances that firms working globally must be aware of.

In years gone by, compliance regulation emanated out of the USA would be adopted in the United Kingdom before making its way to Asia and the rest of the world. However, in recent years, many nations and economic blocs, such as the European Union, have been the driving force of regulation, although enforcement actions remain significantly lower than the United States.

In this piece, we compare the AML regulations in the UK, Hong Kong and US in relation to three key areas – customer due diligence, ultimate beneficial ownership and attitudes to new technologies.

The assessment of a customer’s identity and the risks associated with them is a key component in all AML checks across all three jurisdictions. For all three locations, taking a risk-based approach is advised, with enhanced checks recommended for higher risk customers. In the UK, the EU’s Fourth Anti-Money Laundering Directive (4MLD) significantly changed the approach to conducting AML checks with a more prescriptive approach to record keeping and when enhanced due diligence is required. 5MLD changes this further specifically in relation to beneficial ownership which we discuss in more detail below.

Hong Kong was deemed to be deficient in meeting FATF’s standards following the results of two mutual evaluations conducted in 2008 and 2012. This year sees another evaluation and in readiness a number of changes to the regulatory framework were made. Changes include customer due diligence (CDD) and record-keeping requirements for designated non-financial businesses and professions (DNFBPs) as set out under AMLO (Cap. 615 Anti-Money Laundering and Counter-Terrorist Financing Ordinance).

Finally, in the US, the CDD rule set out by Financial Crimes Enforcement Network (FinCEN) became effective in May 2018 two years after it was first laid out. This greatly strengthens and clarifies the CDD requirements for Financial Institutions in the US, setting clear guidelines where none existed previously. The rule has four core requirements including the requirement to identify and verify the identity of customers as well as understanding the nature and purpose of customer relationships to develop customer risk profiles.

The exposure of the Panama Papers triggered a global response in relation to the world of ultimate beneficial ownership (UBO). The need to improve transparency in corporate structures to fight organized crime and terrorism was clear. In the UK 4MLD, and more recently 5MLD, introduced a requirement for a central UBO register containing information on individuals who own or control more than 25% and one share of a company. The UK was the first country to develop and release a publicly searchable register in the form of the People with Significant Control (PSC) register in 2016. Overall the UK leads the playing field in relation to its availability of information and transparency of UBOs.

Hong Kong was identified as the most active center in the world for the creation of shell companies following the Panama Papers. It’s no wonder then that the Financial Services and Treasury Bureau (FSTB) responded by introducing the Significant Controllers Register in March 2018. This isn’t publicly available but is available to enforcement agencies on demand. Once again, the 25% threshold applies requiring private businesses to identify and disclose their true owners. This is a significant change and should see Hong Kong’s market be less of a target for organized crime.

FinCEN’s CDD rule was recently implemented, adding a fifth pillar to AML programmes in the US. Prior to this there were no federal rules in place relating to beneficial ownership in the States. The new rule defines a beneficial owner as an individual who owns 25% or more, directly or indirectly, of a business. Covered institutions will be required to verify the identity of these. There are no immediate plans to create a centralized, public register so there is still room for improvement in the American framework.

The last two years have seen much global discussion about the potential benefits of regtech in AML procedures. This is one area all three jurisdictions agree on wholeheartedly. In 2017, the UK’s FCA published its findings of the use of emerging technologies in AML. Significant opportunities were identified for firms who wish to manage their financial crime risk and reduce their operating costs. The report states that large gains could be achieved in relation to machine learning and natural language processing. This would be particularly relevant when fully automating the cumbersome processes associated with KYC, adverse media checks and ongoing monitoring amongst a wide variety of others. We are already seeing this come to fruition as 5MLD drops its references to “original copies or documents” as required for KYC onboarding paving the way for digital identity checks.

Hong Kong was seen by many to be lagging behind in the adoption of new technology in finance and in a recent keynote speech in September 2018 Arthur Yuen Kwok-hang, the Deputy Chief Executive for the Hong Kong Monetary Authority (HKMA), set to address this. In his speech, he outlined a commitment to work with FIs and the regtech community to facilitate the adoption of suitable fintech and regtech in Hong Kong. This was identified as a way to bring innovation and advancement to the Hong Kong Market.

In a statement by FinCEN and the Federal Banking Agencies, the US authorities gave the use of regtech the green light. They encouraged banks to “consider, evaluate, and, where appropriate, responsibly implement innovative approaches” to meet their AML obligations. With all three countries recognising the growing benefits of harnessing new technologies, firms can feel confident to implement new technologies on a global basis.

Encompass creates KYC automation for major financial services globally with offices in the UK, Australia and Hong Kong. Contact us to find out more about how we can help you manage your automated AML compliance on a global basis.

David has over twenty years of Financial Services experience working in banks and solution providers solving challenges and managing risks across Onboarding, Data, KYC and Collateral (PB & OTC), and has a strong understanding of the front to back and end to end process and business. He is an experienced BAU manager with a track record for bringing transformational change by defining or refining Operating and engagement models, establishing or aligning functions and creating a culture and passion for change within teams. David is a recognised industry thought leader and transformational change agent across the regulatory landscape within Asia Pacific for local rules and the impact of global reforms to local business.