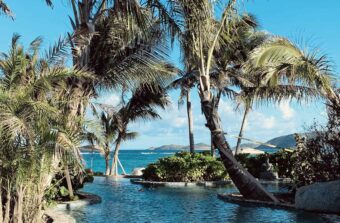 Tax havens have come under scrutiny for their links to money laundering, tax evasion and financial crime. We examine their past, and what the future may hold.

The fact that low-tax nations are magnets for jobs, capital, and entrepreneurial talent is a development that should be celebrated, not persecuted.

Rich individuals and their families have as much as $32 trillion of hidden financial assets in offshore tax havens, representing up to $280 billion in lost income tax revenues.

The above quotes show the diffuse nature of opinion surrounding the issue of tax havens. Should they be celebrated as the realisation of neoliberal economics, or castigated as a source of tax evasion?

Over the course of the following stanzas I aim to briefly illustrate the long-standing nature of tax havens, the effects that becoming a tax haven has had on the local geography, the effects on the wider global economy, and finally the links to criminality, particularly in regards to money laundering.

To understand their wider impact, I’ve examined the response from the international community – particularly the EU – and whether tax havens will continue to be tolerated by nations.

The origins of tax havens

The origins of tax havens are disputed and very long standing. Different propositions have Ancient Greece and Rome, Switzerland and the UK as the first havens, while certain US States, such as Delaware have had preferential tax regimes for as long as the United States has been an independent country.

British courts are responsible for the concept, following a ruling that a company could be based in the UK but have accounts offshore. This was followed in 1957 by a similar decree from the Bank of England that trades made in London in foreign currencies on behalf of clients abroad were not subject to UK financial regulations. Dollars began to be traded on the City, which gave rise to the Eurodollar. UK Crown Dependencies became involved, and, as dollars were traded in London, borrowers and lenders were able to file their company information at addresses on the islands.

Today, offshore centres such as the Caymans, Jersey and Bermuda prefer to be classed as International Finance Centres (IFC) rather than tax havens. The Caymans were the first to come to prominence in the 1960s, followed by Singapore. They were joined by the Pacific Islands in the two decades following the 1970s, and Ireland in the 1980s. Depending on the definition of a tax haven, by the 1990s there were between 60 and 100 IFCs across the globe.

The definition of tax havens

There is no commonly accepted definition of a tax haven, however according to Investopedia a tax haven is “a country that offers foreign individuals and businesses little or no tax liability in a politically and economically static environment”. The description goes on to say “tax havens also share limited or no financial information with foreign tax authorities”.

The Organisation for Economic Cooperation and Development (OECD) uses three features to determine a tax haven: 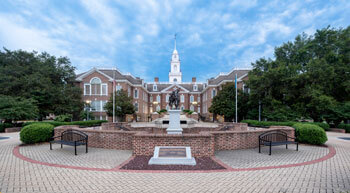 In its simplest form, a tax haven is when a government seeks to attract foreign businesses in certain sectors through the reduction of taxes and red tape. The fiscal portion of this arrangement is called a Preferential Tax Regime (PTR), and drawing the line between a nation that uses PTR and a tax haven is difficult. As an example, US States such as Delaware and Nevada – where many US companies are headquartered – have had consistently low taxes that has led to the accusation that they are indeed tax havens.

International transactions taking place through tax havens are subject to little or no regulation, and laws or measures that prevent the exchange of information ensure that such transactions are not easily linked to those who are undertaking them. Such transactions are ‘offshore’ – that is, they take place in legal spaces that decouple the real location of the economic transactions from the legal location, and hence remove the tax liability of the transaction from the place where it actually occurred.

Tax havens, also commonly known as ‘secrecy jurisdictions’, use measures to prevent information exchange to protect client details. It has been virtually impossible for outsiders, including governments, law enforcement and multinational bodies, to gain access to company details, including Ultimate Beneficial Ownership (UBO) and sources of wealth.

The original secrecy jurisdiction was, of course, Switzerland, which passed laws in 1934 to provide absolute secrecy for bank clients. With the rise of Nazisim just over the border, at the time, this was deemed prudent.

Havens such as Bermuda or the Caymans have taken this to a new level by permitting the creation of trusts, corporations and foundations. Here the real owner will be hidden behind nominees, i.e. professional agents like lawyers and accountants who act as a front for the real owners.

Exploring ultimate beneficial ownership and the role it plays in laundering illicit funds.

IFCs such as the Caymans, Bermuda or Switzerland all claim to be facilitators of banking transactions, setting up corporations and foundations and making payment in order to grease the wheels of the international financial system. 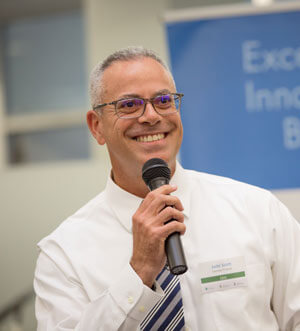 Cayman is a transparent jurisdiction due to our combination of a verified beneficial ownership regime, the adoption of more than twenty global financial standards and adherence to both US FATCA and the EU’s Common Reporting Standards.

The effects on the countries themselves have been enormous. As a low tax jurisdiction, individuals living in a Crown Dependency such as the British Virgin Islands will pay no corporation tax, estate tax, inheritance tax, gift tax or sales tax, and it has an effective income tax rate of zero. This has made them extremely attractive to those working in professional and financial services, who have flocked to the region in order to service the multitude of clients. Some taxes are, however, made back through unusually expensive customs and import taxes.

Some of the Crown Dependencies have now found themselves to be in the strange position of having more companies registered, than individuals living there. One building on the Caymans has over 18,000 registered companies, out of a total of 100,000 registered on the island, almost double the population volume. With such a large volume of companies registered, jurisdictions such as the Caymans can also generate extensive revenue from company registrations and renewal fees.

Effects on the global economy

An Oxfam report, published in January 2016, reported that tax havens had allowed the world’s richest people to hide $7.6 trillion. However, and perhaps because, major nation states such as the UK were instrumental in their rise, there has never been a concerted international response to address this. Indeed it has taken the leaking of two troves of information for the eyes of the international community to turn towards tax havens.

The role played by IFCs in the global economy is today unparalleled compared to any other time in history.

It is due to the astronomical size of the figures being reported that the international community began asking questions of IFCs in the early 2000s. Beyond the figures on display, there was concern that these numbers were being inflated by illicit and criminal profits which could then be hidden or laundered through offshore centres. 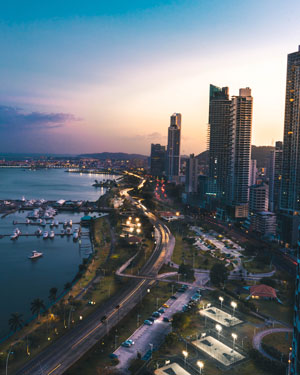 Pressure groups such as the Tax Justice Network argue that tax havens allow wealthy corporations or individuals to move money abroad to avoid paying taxes in their home countries. As well as the multitude of companies and individuals reported in the Panama Papers and Paradise Papers, other notables include Amazon paying very limited tax to the UK Exchequer by basing itself in Luxembourg, and Starbucks paying itself royalties to lower its tax burden. Money not paid to the UK Treasury in the form of tax means vital public services from hospitals and schools to roads and other capital projects cannot receive sufficient funding.

Proponents of IFCs counter that the tax rate for business and individuals is significantly lower than it was a generation ago, and that IFCs have played a part in this reduction. By offering wealthy investors with an alternative to a high tax jurisdiction, IFCs have forced nation states to become competitive in their tax policies. Supporters argue that where taxes are high, saving is discouraged, and lower levels of investments stifle economic growth. It is better for governments to get some revenue with modest tax rates than impose high tax rates and lose out completely.

They further argue that those who are at risk of persecution in their home country can hide their money and assets in IFCs. 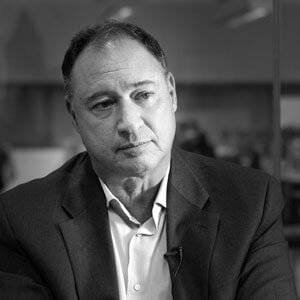 “Individual tax avoidance and evasion is estimated conservatively to be somewhere between $US 800 billion to a trillion a year. Tax havens are also used as the principal route through which laundered money escapes developing countries” writes Ronen Palan, a professor of international political economy at the department of Political Science and International Studies, Birmingham University.

In order to clarify what criminality in relation to IFCs looks like, the UK has implemented four categories to isolate criminality. These are:

Before pervasive public scrutiny, laundering criminal proceeds through a tax haven was not particularly complex, for those with the wherewithal and resource. It involved finding a bank that would accept your deposit without too many questions, moving the money around through shell companies or trusts, then sending it back to wherever it was to be received.

In a similar vein, evading taxes was also relatively simple. Income and assets could be registered in a foreign jurisdiction and not reported in your home country’s tax authority. Tax havens also offer a multitude of methods for legally avoiding taxes, simply by characterising income as passing through that country and using loose tax treaties or loopholes in one’s home country tax law to claim that the income is untaxable there.

Criminal funds from activities such as drugs, arms sales, human trafficking, terrorism, protection rackets, smuggling and embezzlement can all be laundered through secrecy jurisdictions. Money laundering is the process by which the proceeds of crime are accepted by financial institutions into an account under the control of a criminal. Criminals are naturally drawn to jurisdictions where there is a low risk of detection, making IFC’s perfect.

Tax havens, or IFCs, have had a profound effect on the global economy, and the individual economies of nation states. Giving ultra high-net worth individuals,and corporations the ability to move their money into jurisdictions where only minimal taxes will be applied has had the effect of reducing their tax burden and lessening their exposure to specific jurisdictions.

For nation states and supra-national bodies such as the European Union, the problem they have with tax havens is two-fold. The first is that the individuals or firms that are exploiting these tax havens are not paying taxes in the same manner that PAYE individuals and smaller businesses are. Secondly, the secrecy clauses that are manifest within tax havens means that it is difficult to hold these companies to account because their details are buried behind shell companies or layers of bureaucracy.