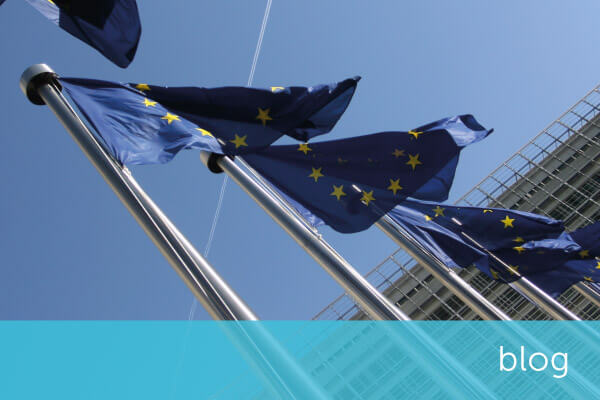 With its implementation date fast approaching, getting ready for the Fifth Money Laundering Directive (5MLD) is high on the agenda for firms as they look to ensure regulatory compliance and remain in line with best practice.

In our recent webinar, encompass adviser Dr Henry Balani, a financial services expert and academic, discussed the implications of 5MLD and how businesses can stay one step ahead. In this summary, we look at the main principles of 5MLD, how it differs from previous directives and the key points that businesses need to address if they want to stay compliant amid the changes.

5MLD will be implemented by European Union (EU) Member States in January 2020, with the aim of addressing significant weaknesses that have come to light since the introduction of the Fourth Money Laundering Directive (4MLD) almost two years ago.

It builds upon previous directives, and is the latest update to the anti-money laundering (AML) regulations put out by the EU. Its goal is to stay on top of changes in money laundering techniques that criminal actors have been adopting, and signals the EU’s intent to align with Financial Action Task Force (FATF) AML recommendations.

5MLD is especially relevant, given the high-profile terrorist attacks that took place in Paris and Brussels in 2015 and 2016. Here, terrorists used non-conventional techniques to finance their criminal activity, including the use of pre-paid cards, which, under 4MLD, was not adequately covered for potential money laundering abuse. Terrorist attacks continue to make the news globally, aided in part by these non-conventional financing techniques, making the need to implement 5MLD all the more pressing.

The Panama Papers leak in early 2016 also highlighted how corporations can hide the true owners of shell companies used for illicit activities abundantly clear and provided focus to the EU that this as an area that needed to be tackled.

There are six major updates applied to 5MLD, in comparison with 4MLD. Below, we summarise the implications of all six.

The first of these centres on clarifying the definition of a Politically Exposed Person (PEP). Due to the nature of the position and power they hold, PEPs are more susceptible to corruption. Corruption is a predicate offence (i.e. an activity leading to a crime) to money laundering and financial institutions have to conduct enhanced due diligence on their PEP customers due to this increased risk.

Previously, there was no clear definition of a PEP – for example, while the Mayor of London is a PEP, what about the Lord Mayor? This uncertainty has been cleared now and, in order to achieve a level of consistency, member states will now need to maintain a list of prominent public functions that Obliged Entities (OE), such as financial organisations, can use to develop their due diligence procedures.

While this change is a step in the right direction, there are still challenges, which are largely due to the inconsistent definitions of these functions, especially across all EU member states.

The second key point relates to information sharing by EU member states’ Financial Intelligence Units (FIU). FIUs are tasked with identifying potential money laundering activity, based on information received by financial institutions that report suspicious activity. Sharing information across member states helps improve criminal activity detection, and 5MLD requires member states to set up centralised bank account registers to identify account holders, including the Ultimate Beneficial Owners (UBOs), of these accounts. Because of this, ultimately, OEs will need to be able to set up efficient processes to share their customer account information with the FIUs.

3 – requests for information without SARs

The Paris and Brussels attacks have heightened the role of law enforcement in identifying terrorists, which has spurred these agencies to request customer account information without the need for suspicious activity/transaction reports (SARs or STRs).

Previously, law enforcement agencies would only act on potential money laundering suspicions based on the filing of SARs/STRs by OEs. However, 5MLD now allows law enforcement agencies the ability to track potential terrorists without these SARs/STRs and, as a result, OEs will need to be able to provide timely, accurate and relevant customer account information as needed.

Another significant development within 5MLD relates to the need for additional transparency when identifying UBOs of corporations. The Panama Papers leak made clear that many shell companies were used for both legitimate and nefarious business transactions. Shell companies make it easy to ‘hide’ assets of corrupt government officials (PEPs) and, under 5MLD regulations, member states will be required to identify beneficial owners and maintain public registers of these. The result is an increase in transparency, making it more challenging to disguise illicit transactions.

Other innovations in financial technology have also resulted in the greater use of pre-paid cards and, worryingly, post-analysis of the Paris and Brussels attacks revealed that the terrorists financed their activities using these pre-paid cards. These anonymous instruments made it easy for them to disguise their identities, consequently meaning it was difficult for law enforcement agencies to track their financing operations.

As mentioned, these attacks have prompted changes in the directive, which we can see in the 5MLD changes, as it lowers the identification threshold of cards to over €150 (down from €250) and any remote payment transactions over €50. Any institution selling pre-paid cards will also need to conduct due diligence checks on their customers to identify suspicious transactions.

It is clear that technology innovation and new payments processes are driving greater ease of use in financial transactions globally. While they benefit the general public, bad actors will always be looking to take advantage of these trends to finance their illicit activities. The sophistication of money laundering has increased around the world and firms need to be aware of this, as well as the various instruments being used, and this is something that the 5MLD is aiming to move towards.

We need to stay vigilant in the fight against money laundering

While 5MLD takes some strides, it is important to recognise, he emphasises, that broader changes are on the way in the form of 6MLD.

It is hoped that 6MLD will be implemented in EU member states by June 2021, honing in on key areas including:

While remaining focused on the immediate requirements should be front and centre, it is also crucial to look to future challenges and how to meet them, in order to combat the “scourge” of money laundering.

Access the full on-demand webinar here to learn more about how your business may be impacted by the 5MLD changes.