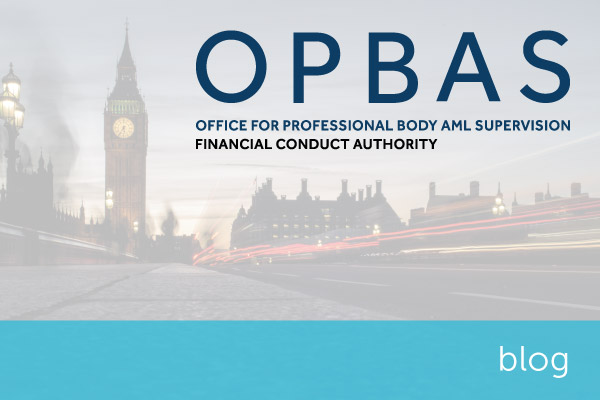 Back in early 2019, the Office for Professional Body Anti-Money Laundering Supervision (OPBAS) issued its first report setting out supervisory findings of the 22 Professional Body Supervisors (the PBS). It made for uncomfortable reading and made it clear that there was much to do to improve matters.

Fast forward a year, and the picture looks much more positive on paper, but it’s just too early to say whether OPBAS is confident that what they’ve seen is truly effective.

OPBAS was set up by the government after the implementation of the Money Laundering Regulations 2017 (MLR 2017), and as a response to the risks identified in the 2017 National Risk Assessment (NRA). The NRA had identified that accounting and legal professionals were vulnerable to being targeted by criminals to launder money.

OPBAS has two key objectives: firstly, to ensure consistent high standards of supervision by the PBS and secondly, critically, to facilitate sharing of information amongst the profession. The latter has always been a challenge, given the number of PBS there are, and the sheer number of businesses that they regulate.

Law enforcement has found it difficult to disseminate information securely to such a large population without broadcasting it publicly.

OPBAS has published a sourcebook detailing the expectations it has of a PBS and, in its first report, significant variations of approaches were identified between the different bodies.

It is clear from the report that there has been a lot of activity amongst the PBS, showing improvements in compliance with the requirements of the sourcebook, but OPBAS emphasises that it has not yet had the opportunity to test the effectiveness of the measures that have been adopted – indeed, that is the focus of its work in 2020.

So, what are the main findings and how do they impact on the firms that the PBS regulate?

application of the risk-based approach

Two years ago, OPBAS found that not all PBS had collected information on their regulated populations and, therefore, had not been able to properly assess the risks. By the end of 2019, 95% of the PBSs had collected the information they needed and 86% were adopting a risk-based approach. OPBAS noted that the collection activities would need to be repeated to ensure that any fluctuations in the population of the professions were identified.

Impact on firms: PBS will continue to collect information from you, and you should anticipate this and collate the information regularly.

Impact on firms: Expect more visits, more collecting policies and risk assessments, and more questionnaires to complete. The SRA has already called in 400 firm’s risk assessments and has announced that it will collect more this year, as well as starting to ask to see AML policies.

Make sure these documents are “regulator ready”, that they have been regularly reviewed and are up to date – including to reflect the changes introduced by the latest Money Laundering Regulations.

There has been an increase in enforcement activity. There is a marked difference between the accountancy and legal sector, with accountants having more, but lower, fines than the legal sector.

Impact on firms: There will be enforcement action taken against firms for non-compliance. I would not be expecting to see time given to firms to comply, even in relation to the 2019 Money Laundering Regulations. With more proactive supervision comes an increased chance of regulator contact, and if there are deficiencies found then action is very likely to be taken.

One thing is very clear, though; whilst the PBS have their paperwork in order now, they do not yet know whether the steps that they are taking are effective.  We’ll need to wait for the 2021 report to find that out.

We’ll be looking at these issues in more detail in our upcoming webinar on May 12, as we also delve into what can be learnt from the banking sector’s approach to digital Know Your Customer (KYC). 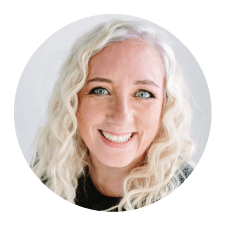 Amy worked for many years as a solicitor before moving into compliance and eventually launching her own firm. A leading figure helping law firms adapt to the changing legal landscape, Amy is also the author of The Law Society’s Elearning and Toolkit on the Bribery Act, and former Chair of their Anti-Money Laundering Task Force.

Connect with Amy on LinkedIn.

Amy worked for many years as a solicitor before moving into compliance and eventually launching her own firm. A leading figure helping law firms adapt to the changing legal landscape, Amy is also the author of The Law Society’s Elearning and Toolkit on the Bribery Act, and former Chair of their Anti-Money Laundering Task Force. Amy specialises in AML regulations, focussing on professional service firms, and runs Teal Compliance.

By Rachael Coyle | 8 hours ago Learn how the Encompass platform helps businesses minimize their exposure to financial risk.
Read