RegTech must be considered ‘compulsory’ in fight against financial crime 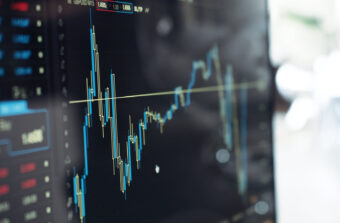 The financial services sector must consider RegTech to be a “requirement” moving forward, according to Encompass’ CEO and co-founder, Wayne Johnson.

His comments come after the launch of a new report, which laid bare the impact of RegTech at what is a pivotal point, shedding light on how well the industry is performing, as well as discussing some of the barriers to the adoption of regulatory and compliance technology.

‘2021: A critical year for RegTech’ – a report by the City of London Corporation and RegTech Associates – found that annual cost of compliance for the UK’s top five banks could be cut by at least 0.05%, or a combined 523 million pounds ($720 million), as a result of increased usage, and called on regulators and businesses alike to push digital transformation.

Now, more than ever, prioritising compliance is a must, given the cross-business benefits, and RegTech is central to that. A recent research paper co-authored by Dr. Henry Balani, Head of Delivery and Customer Success at Encompass, draws on the importance of regulatory compliance, highlighting that the Fourth Anti-Money Laundering Directive (4AMLD) has significantly increased the valuation of European banks.

However, speaking at the report’s launch, Bank of England Deputy Governor Sam Woods said the responsibility to encourage uptake of technology does not lie with the regulator, as “a technology shift that is led by a small number of people in the public sector making choices does not strike me as a good technology shift.”

Reflecting on the need for the efforts to increase adoption to be industry-wide, Mr Johnson commented:

The popularity and subsequent adoption of RegTech has grown over recent years, yet its progress has been significantly hindered by legacy IT systems and outdated approval structures typically associated with traditional banking.

Now, with the advent of widespread remote working due to the pandemic, which incidentally has made it harder in some respects to detect financial crime, the adoption of state-of-the-art solutions should no longer be a recommendation but a requirement. These can save money, improve efficiency, and significantly increase financial security.

If the entire world can rapidly adapt to remote working as we saw at the start of last year, the finance industry should and must be able to adopt better RegTech for the sake of tackling money laundering, financial crime, and boosting their profits and business efficiency at the same time.