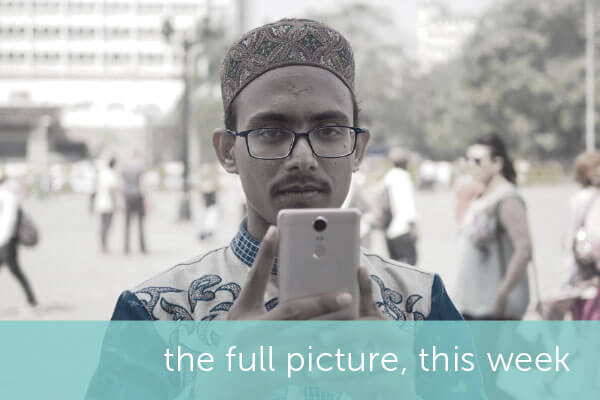 In our weekly roundups, the encompass team take you through all the breaking news on Know Your Customer (KYC), compliance and financial crime, keeping you informed at all times. This week we look at continuing investigations in Australia, the on-going trial of the former South Korean prime minister, and India embracing Orwell…

The tab on financial crime within these pages could become shortened somewhat if the FCA are able to follow through on their 2018/19 business plan which was outlined this week. Alongside having funds available to pay for the British withdrawal from Europe and tackling corporate governance, compliance, AML legislation and money laundering plays centre stage within the list of priorities.

We’ve written about Scottish Limited Partnerships before on these pages, and now, with numerous law firms having failed to comply with UK government legislation calling for SLP’s to identify their person of significant control, The Law Society has been urged to step in and sanction solicitors who fail to abide by the law. In a statement, The Law Society said:

“As the professional body and Anti-Money Laundering regulator for Scottish solicitors, we take robust disciplinary action against any solicitor who through complicity or negligence enables the use of SLPs, or any other business structure, for criminal activity. We regularly review our practice rules and fully support measures aimed at preventing the use of SLPs. With the support of the profession, we will continue to engage with lawmakers, to influence effective reform.”

A report from law firm Pinsent Masons has highlighted Her Majesty’s Revenue and Customs’ (HMRC) tougher stance towards tax fraudsters, noting that the average sentence has increased by around 25% to over four years. Pinsent’s state that HMRC has come under pressure both politically and from the public to be seen to be clamping down on tax evasion, particularly through the use of offshore accounts.

And staying with HMRC, the think-tank RUSI has released a report recommending that the government body do more to engage with estate agents, thus helping them in their Anti-Money Laundering compliance. Estate agents are submitting only a tiny proportion of suspicious activity reports (SARs) to HMRC for follow up, and the report highlights the variations in the type of work carried out by estate agents that leave them open to money laundering risk.

And breaking news this morning in The Telegraph [paywall] that Health Secretary Jeremy Hunt has broken anti-money laundering legislation by creating a company without declaring he was a person with significant control. Mr Hunt created the company to buy seven flats in Southampton. He has admitted wrongdoing, saying it was an “administrative oversight”.

Mr Hunt, who is reported to be worth in excess of £14m, failed to disclose his 50% stake in Mare Pond Properties Limited, a company he set up with his wife. The flats in question were bought with mortgages in the Ocean Village complex in Southampton on 7 February this year. The average price paid for properties in the development is about £240,000 per flat, according to Zoopla.

While Mr Hunt has apologised for the oversight, and is said to have the backing of the Prime Minister, there may yet be a further investigation from the Commons’ Committee on Standards and Privileges.

Money laundering legislation in Australia continues to make the headlines, following the assertion contained within last week’s roundup from Nicole Rose of AUSTRAC who stated she was shocked at the levels of money laundering in the country. Now, a panel of former judges have released plans for the creation of a “national integrity commission” which will increase pressure on the government to clarify its position in relation to dampening corruption in Australia. The panel’s outlined commission would have all the powers of a royal commission but would not be a judicial body.

The Organized Crime and Corruption Reporting Project (OCCRP) has covered two stories of former Presidents who have been found guilty of corruption, highlighting the importance of a robust Politically Exposed Person (PEP) screening programme.

The first is ousted South Korean President Park Guen-Hy, who has been found guilty of bribery, coercion and power abuse and been jailed for 24 years, in addition to being fined $17m. South Korea has been in a state of political crisis since the revelations first came to light in 2016.

Park’s father was Park Chung-hee, who orchestrated a military coup in 1961, and during his tenure brutally crushed dissidents and opposition, though supporters claim that he successfully rebuilt the country following the Korean War.

Meanwhile, in Brazil, ex-president Luiz Inacio Lula da Silva has been ordered by courts to begin his twelve year sentence for corruption. Protests broke out both in favour of the ex-President – who still hopes to stand in forthcoming elections – and those who wish to see him jailed. He is reported to have received a $755,000 bribe from a construction company, a charge, that he has called “politically motivated”.

The FinTech bridge between Australia and the UK has been widely reported this week. Part of the announcement from Chancellor Philip Hammond, the bridge will allow for more collaboration between tech communities in the UK and Australia. In The Scotsman, encompass CEO Wayne Johnson has been interviewed, giving his thoughts on FinTech in the two countries, and why he brought encompass from Sydney to Glasgow, Scotland.

Writing in Silicon Republic, journalist John Kennedy argues that Europe is in prime position to benefit from the rise in FinTech companies. With the rise in intelligent process automation (IPA), AI and blockchain, funding in European FinTech companies has risen 120% to $2.6 billion in 2017. He notes that one particular trend to watch will be how FinTech companies break out of their breakthrough products to offer a wider suite of products and services, a move that will see them move from tech startups to mainstream players.

A report compiled by Risk.net in conjunction with Moody’s Analytics has shown that RegTech can help financial institutions move from just staying compliant with legislation, to helping them improve their business performance. The report stresses the need for banks to become savvy with the myriad technologies available, and notes that those that engage with RegTech providers early will reap the most benefit.

India’s digital identity programme, Aadhaar, is unprecedented in size, scope and scale. Now, the Indian Government is seeking to document the eyes and face of each of its 1.3 billion population, and then link the information to benefits payments, healthcare, bank accounts, pensions and more.

The repercussions – should it be successfully implemented – are enormous. The ability to track every individual in the country, will allow for crime detection, but also impinge upon civil liberties. Civil liberties groups have reacted with shock, citing George Orwell’s 1984. The Indian Government has made registration with the scheme compulsory for all working in the public sector, and for many private citizens it is now impossible to bypass also.

The technology is impacting upon banks, making it easier to open accounts:

“Banks once sent employees to the homes of account applicants to verify their addresses. Now, accounts can be opened online and finished with a fingerprint scan at a branch or other authorized outlet.”

The issue of data breaches has also already been experienced, with up to 210 government departments having leaked some form of data. Some of that information is still online, available through a Google search.

City AM have conducted an investigation into the ever decreasing use of physical currency in the UK towards digital and contactless payments. This will impact the 1.5m people without a bank account – “the unbanked” – disproportionately, and it is necessary before moving to the next stage of technology, that there is a level playing field for all citizens. However, the rise of FinTech and other technologies means that there is now more opportunity than ever for those that do not currently possess a bank account to be able to join the digital world.

“Governments and regulators have an essential responsibility for creating an appropriate enabling environment that’s conducive to financially inclusive innovation,” says Steve Polsky, chief executive of Juvo, a digital bank. “That said, the private sector must play an equally essential role in developing products and services that reach the financially excluded through new digital channels,” he adds.

Based on blockchain technology, Spanish bank Santander has launched an international one day payment service. The technology has been provided by Ripple, with the payment service currently live in four countries – Spain, the UK, Brazil and Poland.

HSBC is looking to counter financial criminals and money launderers through new AI technology provided by big data firm Quantexa. HSBC participated in a $3.3 million funding round in Quantexa in March 2017.

“The focus of the inspection will be whether the banks (NongHyup, KB Kookmin and KEB Hana banks) have fully complied with the new real-name verification rules for cryptocurrency exchanges in South Korea, including the number of accounts held by these exchanges and the respective amount of deposits, the regulators said in the announcement.”

And in Poland, investigators have seized $371m from two companies relating to cryptocurrency exchanges who were allegedly laundering money on behalf of Colombian drug cartels.

Crypto has further been making headlines in Australia, where it has been announced that exchanges will come under the purview of its Financial Intelligence Unit (FIU), in a move designed to limit risks of money laundering, fraud and cybercrime.

The UK Government has looked to level the playing field for small businesses bidding for government contracts by excluding suppliers from contracts if they cannot demonstrate fair and effective payment practices when dealing with subcontractors.

The trade dispute between China and the US continues to rumble on, despite markets picking up slightly this week, as the US Administration’s focus turns towards Syria. Despite this, the Head of the International Monetary Fund (IMF), Christine Lagarde, has said that “dark clouds” continue to dampen international trade, and has called for all countries to work together to build an international system based on free trade.

“Let us redouble our efforts to reduce trade barriers and resolve disagreements without using exceptional measures,” she said.