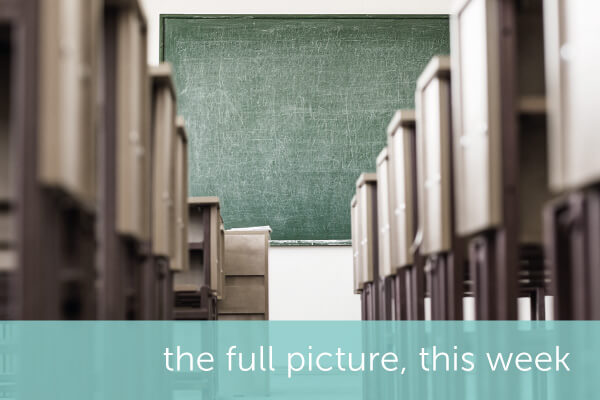 This week we dive into information sharing initiatives to combat financial crime around the globe, Europe’s money laundering woes, the benefits of external standards when developing anti-corruption compliance programmes and the challenges and benefits of digital transformation.

In last week’s roundup we covered information sharing initiatives in Asia focused on improving the detection and enforcement of financial crime regulation. This trend towards increased cooperation continues and, following a visit to Pakistan, British Home Secretary, Sajid Javid, pledged a closer working relationship between the two nations. Pakistan’s Prime Minister, Imran Khan, has been clear on his stance against corruption and his goal of tracking down and returning ‘stolen’ money to the country, and it is hoped that this initiative will secure more prosecutions.

Less willing to cooperate when it comes to information sharing is tax haven the Cayman Islands, according to the BBC. British Overseas Territories are generally open to sharing information, says Donald Toon, head of the economic crime unit at the UK’s Financial Conduct Authority (FCA):

We can generally get from them clear, unambiguous beneficial ownership information but we are having a difficulty with Cayman.

Donald Toon also had some choice words to share with British private schools [subscription needed] about their responsibility to check that laundered funds were not being used to pay school fees,

The Financial Times describes a chaotic approach to the policing of money laundering across Europe [subscription needed], blaming this for the region’s popularity with financial criminals. What are the problems facing Europe when it comes to effective anti-money laundering defenses? There are five:

All eyes are now on the European Banking Authority, which now has extra powers to enforce anti-money laundering regulations.

Meanwhile, players in the crypto space are waiting to hear what the Financial Action Task Force (FATF) will recommend as global standards for the regulation of cryptocurrencies.

With corruption amounting to approximately 2% of global economic output, according to the International Monetary Fund, corruption is a significant issue globally. A Harvard Business Review article explores the benefits of using external standards, such as ISO 37001 Anti-Bribery Management Systems Standard , when developing a corporate anti-bribery and corruption programme, including:

With rising consumer expectations for speed, convenience and personalisation, the importance of digital transformation is widely recognised. However, failed projects are leaving many UK financial services firms afraid of embarking on much needed transformation, reports Finextra. According to the article, seven in ten projects are cancelled, leading to significant financial losses.

Historically, financial services firms have been cautious when it comes to innovation. They are working under strict regulations and the very nature of what they do, means that a radical digital transformation project could have a detrimental impact on people’s lives – for example, negatively impacting access to bank accounts or making insurance claims.

But this shouldn’t hinder innovation across the sector. Quite the opposite – with the help of external expertise and willingness to implement digital transformation, we can be soon pleasantly surprised at a revamp of the industry.

TechRepublic features an IBM report on “The Evolution of Process Automation”. The report explains the evolution from basic automation to intelligent automation, which incorporates new technologies including machine learning, artificial intelligence, robotics and natural language processing. In a survey of more than 3,000 C-level executives IBM found that:

Over on our blog we pick up the thread of intelligent process automation in our latest post, to automate is human.

Alex Oxford, Head of Sales, Asia for encompass, shares his thoughts on identifying and verifying beneficial owners with BRINK Asia.

This webinar outlines the key steps in identifying beneficial owners and demonstrates how technology can help to cut through the morass with speed, safety and a uniform approach. Whether you are dealing with a bank customer, a supplier, or a purchaser of high end real estate and other luxury goods, getting behind the facade of business structures is key.

To support our customers with the challenges of understanding corporate structures and identifying beneficial owners we’re pleased to announce the integration of three new data sources from Hong Kong into the encompass solution:

Going to Sibos? So are we… members of our executive team will be at the conference in Sydney, so if you’d like to discuss your requirements for automating the KYC process, get in touch to pre-arrange a meeting.