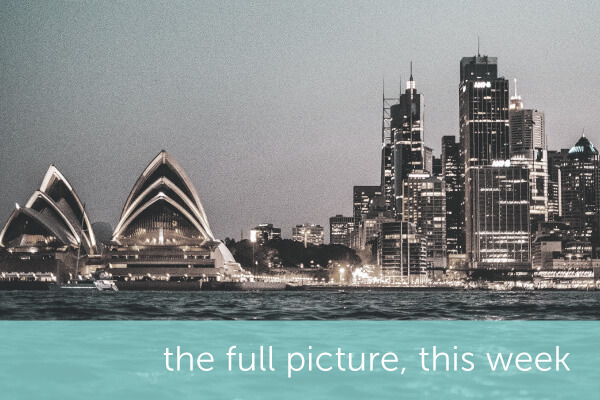 This week we bring together the best coverage from another hugely informative Sibos in Sydney. Also in Australia, we continue the coverage of AUSTRAC’s endeavours to tackle money laundering, then cross to Hong Kong and Iran for the latest developments from FATF, before looking at the evolving global sanctions and the impending impact of Generation Z on the banking sector.

It’s a wrap for another year until London takes its turn to host Sibos in 2019. As usual, the global conference attracted many thousands of banking and financial services executives who gathered in Sydney to discuss key trends, issues and innovations in the industry.

The fight against financial crime was a key theme throughout the conference, which also focused on new trends in payments, the growing crypto sector, and uses for new technologies including intelligent process automation, artificial intelligence, machine learning and blockchain.

If you didn’t make it, extensive coverage of the conference themes, sessions and highlights features in: Finextra, Waters Technology, FinTech Futures, and Regulation Asia; while Financial Standard takes a look at coverage of the event on social media.

This week Regulation Asia dives into some of the highlights of AUSTRAC’s annual report, including improved intelligence sharing globally for improved enforcement. Nicole Rose, CEO, said:

AUSTRAC’s comprehensive network of international partner agencies is critical in the fight against money laundering and terrorism financing,

Notably, AUSTRAC facilitated 4,600 exchanges of international intelligence with other jurisdictions, a 41 percent increase from 2016-17.

Sticking with FATF, the Paris-based AML body warned Iran that it would face consequences if it failed to implement reforms into the country’s AML regulation. Iran had until October to implement ten reforms into regulation, but has so far only addressed one.

In the UK, the Serious Fraud Office (SFO) has made it clear that it is committed to regulatory enforcement, with two former senior Afren oil executives awaiting sentencing for a multi-million pound scheme. SFO director, Lisa Osofsky stated:

Fraud corrodes confidence, undermines trust and damages the reputation of the UK at home and abroad. It is our mission to bring those committing this crime to justice.

With potential amendments to the UK’s Bribery Act 2010, PharmaTimes explores the challenges facing pharmaceutical companies as they try to navigate the evolving regulatory landscape.

The Organisation for Economic Development (OECD) has criticised Mexico’s approach to foreign bribery enforcement over a case involving the bribery of 19 foreign public officials. As of yet, no prosecutions have been made. According to the OECD:

This is a cause for significant concern, especially given the export-driven nature of the Mexican economy and because its exports include high-risk sectors for corruption – such as extractives, manufacturing, and agricultural products.

As another wave of Iran sanctions comes into force on Sunday 4 November, Reuters reports on Iraq’s intention to prioritise their own interests while abiding by the US sanctions. In response to the latest developments, Iraq’s new Prime Minister Adel Abdul Mahdi said:

Two Singapore-based firms have had sanctions imposed on them by the US Treasury Department for breaching sanctions against North Korea.

While traditional banks understand the need to innovate in order to compete with the growing fintech sector, stringent regulation has often hampered initiatives. In the US, the Federal Deposit Insurance Corporation (FDIC) aims to change this with plans to establish an office of innovation. FDIC Chairman Jelena McWilliams explained:

We have created the regulatory framework where we have actually discouraged banks from innovating for a number of years, so innovation has been happening outside of banking

But why is innovation so critical now? Because Generation Z are coming and their expectations and use of financial services are unique. American Banker reports 48% of them already have a finance or payment app on their phone, and worryingly for banks, 42% of Gen Z said they’re “excited” about the prospect of using tech giants like Google, Apple, Facebook or Amazon for financial services.

encompass CEO and co-founder, Wayne Johnson, recently spoke to the Regtech Times about his views on the sector and what led him to set up encompass.

Company registry searches are a critical step in the Know Your Customer (KYC) and due diligence processes, and encompass offers the widest set of existing integrations to global registries. We continue to grow this collection and are pleased to announce a new integration with the Maryland State Registry.

Searches of this register will return key company information including entity status, registered and operating addresses and filing documents.

encompass automates information gathering for KYC and due diligence across a wide range of sources. Our solution reduces the cost and time associated with these activities, while augmenting quality. Learn more.

Global Wealthtech Summit takes place in London on Wednesday 7 November. The team will be attending and are available to discuss your needs around technology and automation in wealth management and private banking.

We’ll be at Hong Kong FinTech Week later this month with our partner, and silver sponsor, TransUnion. Get in touch if you’d like to pre-arrange a meeting to discuss automating your Know Your Customer and due diligence processes.

From 12 – 16 November the world’s largest platform for the global FinTech Community will be taking place in Singapore and we’ll be there! Singapore Fintech Festival features dozens of events including workshops, awards, demonstrations and an exhibition. If you’re heading along, get in touch today, we’d love to meet up!

Get in touch today if you’d like to pre-arrange a meeting with our team at any of these events to discuss automating your Know Your Customer and due diligence processes.