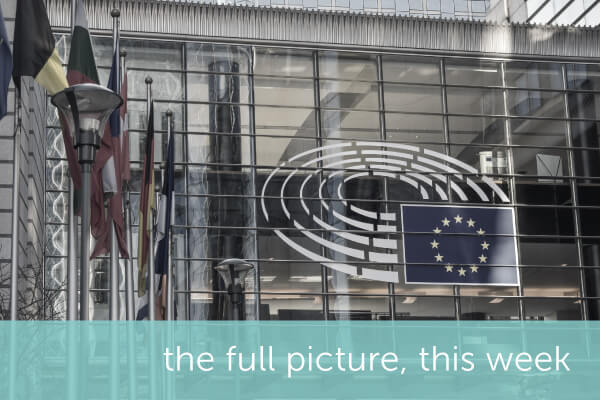 Unsurprisingly, Denmark and Estonia feature in this week’s roundup but we also explore how the UK and Japan need to bolster enforcement of anti-money laundering regulations, and question the future of regulation for the crypto sector. We also take in shell companies, the international response to US sanctions and modern slavery as well as developments in India’s biometric identity scheme and the potential impact on jobs in the financial sector as AI adoption increases.

Following what has been described as “a very unpleasant lesson for the EU”, Denmark’s Financial Service Authority (FSA) is preparing for a formal enquiry from the European Banking Authority (EBA). Still reeling from the money laundering scandal, Jasper Berg, director-general of the FSA, stated that the FSA is “ready to cooperate fully with EBA as well as with other European institutions” and fully account for its anti-money laundering practices.

While Denmark and Estonia remain firmly in the spotlight, the Financial Times suggests that the UK also has some difficult questions to answer when it comes to rigorous enforcement of anti money laundering regulations. The article lists a number of measures that would mitigate against financial crime risk without significantly increasing the regulatory burden on businesses, including:

Meanwhile, Japan, previously criticised by the Financial Action Task Force for “insufficient legal safeguards against money laundering” is preparing for the financial watchdog’s next visit. Anti-money laundering is a top priority in its annual policy report, and Japan’s Financial Services Authority is urging banks to more effectively assess the risks of certain types of transaction and to come up with plans to train staff. According to an FSA official,

“Our inspections have shown that many financial institutions still fall short of requirements,”.

As the debate around regulation of cryptocurrencies continues, the Financial Times asks if it’s time for crypto to go mainstream. A coordinated approach to regulation and integration of cryptocurrencies into the traditional financial system would offer investors better protection from the well publicised risks, but the impact on anonymity won’t be appealing to some players in this space.

A Compliance Week feature explores the use of shell companies to invest in luxury properties as a means of facilitating money laundering. According to Carole Switzer, Co-Founder and President of OCEG, a Governance Risk & Compliance think tank,

“We often think that money laundering involves the use of offshore accounts in places with opaque banking systems, but the truth is that money laundering is often hidden in plain sight in developed countries with strong banking regulations. This can be accomplished through investment in high-end real estate.”

The global push address the issue of money laundering through shell companies has led India to strike off around 55,000 shell companies in the second phase of its efforts to curb illicit fund flows.

Not ready to end business relationships with Iran, the European Union, Iran, China and Russia have developed a plan to circumvent US sanctions and force Iran to renegotiate the 2015 nuclear deal. The measure they propose, is a special purpose vehicle (SPV) designed to facilitate payments related to Iran’s exports – including oil – and imports, so long as the firms involved were carrying out legitimate business under EU law.

Russia and China have also voiced their opposition to US sanctions against North Korea.

The principality of Liechtenstein is flexing its financial muscles to garner the support of banks, hedge funds and investors in the fight against modern slavery. The initiative will follow the money generated by human trafficking, reported to be in the region of $150 billion a year globally. According to Aurelia Frick, Liechtenstein’s foreign affairs minister,

“Following the money can not only lead us to the perpetrators but also deny them the resources they need to commit such crimes in the first place.”

At the same time, the UK is reviewing the effectiveness of the Modern Slavery Act. With a planned completion date of March 2019, the review will also focus on potential improvements to futureproof the regulation.

India’s ambitious, yet controversial, biometric identity scheme, Aadhaar is constitutional and does not violate the right to privacy, reports the BBC. Following scrutiny in the Supreme Court, the sitting judges stated that,

However, the Court did limit the scope of the ID scheme and it will not be compulsory for bank accounts, mobile connections or school admissions, and private companies will no longer be able to make use of Aadhaar data. This is a significant blow to FinTech companies who relied on this data to perform paperless Know Your Customer and identity verification.

A Forbes article asks if artificial intelligence (AI) will replace jobs in the banking sector. Exploring the many benefits of the technology to the financial services sector, the article reinforces the fact that while AI can streamline many processes, the technology cannot yet make decisions in the same way as a human.

Did you miss our blogs from earlier this week? Catch up now.

Cleaning up the Mess: How to Approach KYC Remediation

This webinar outlines the key steps in identifying beneficial owners and demonstrates how technology can help to cut through the morass with speed, safety and a uniform approach. Whether you are dealing with a bank customer, a supplier, or a purchaser of high end real estate and other luxury goods, getting behind the facade of business structures is key.

Going to Sibos? So are we… members of our executive team will be at the conference in Sydney, so if you’d like to discuss your requirements for automating the KYC process, get in touch to pre-arrange a meeting.