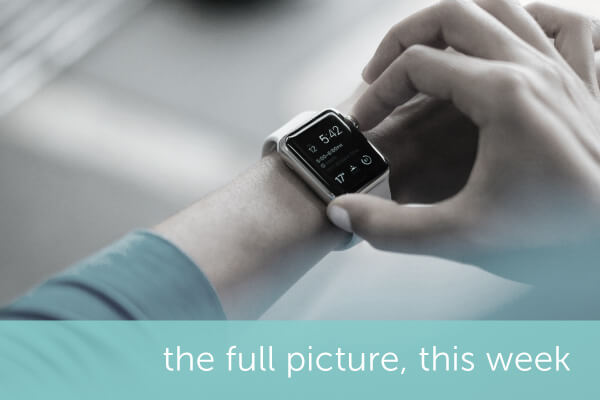 In our weekly roundups, the encompass team take you through all the breaking news on Know Your Customer (KYC), compliance and financial crime, keeping you informed at all times. This week, we look at the creation of the J5 group to tackle money laundering, the use of AI in the NHS, and the FinTech struggle between Lithuania and Bermuda.

UK
There has been significant coverage of the decision taken by HM Revenue & Customs (HMRC) to join with Canada, the Netherlands, Australia and the United States to create a new alliance focused on eradicating money laundering and international tax crime.

Tax crime and money-laundering are becoming increasingly global and sophisticated, so it’s crucial we continue to work with international partners to tackle these threats.

Malaysia
We’ve written about the 1 MDB scandal previously on these pages, and this week the Government has frozen more than 400 bank accounts containing RM 1.1 billion of funds from politicians, political parties and NGOs.

Pakistan
Pakistan has been added to the “grey list” for money laundering by the Financial Action Task Force (FATF). The grey list includes those states who have deficiencies in their Anti-Money Laundering regime but have committed to improving their processes. Full coverage can be found in the Express Tribune, The International News, Geo.TV, DD News and Times of India.

Malawi
“Malawian President Peter Mutharika said on Sunday reports accusing him of fraudulently benefiting from a near $4 million government contact were “fake news” as part of a ploy to smear him ahead of a national election next year” write Business Insider.

Iran
Iran must enact financial reform by October or face putative action from FATF. Iran’s removal from the blacklist had gained support in European capitals but a flurry of visits by a top US official to France and other European countries thwarted the bid in February.

Russia
Vladimir Putin has signed off on a two year plan to tackle corruption in the government. Ranked as one of the most corrupt countries on earth, the plan gives Cabinet a 2019 deadline for punishing corrupt officials, but also gives a loophole to exempt some officials.

North Korea
FATF has also decided to maintain the current levels of sanctions against North Korea, despite the diplomatic breakthrough between the North and the United States in recent months.

Mauritius
The Secretariat of the Eastern and Southern Africa Anti-Money Laundering Group’s (ESAAMLG) Mutual Evaluation Report on Anti-Money Laundering in Mauritius has been rejected by the island nation. In a letter to the Zambian Finance Secretary they have asked Zambia to reject the report on the basis that the information submitted by the Financial Intelligence Unit (FIU) was lacking.

China
Concerns have mounted in Macau that a cash-for-residence scheme is being used for money laundering purposes. A lack of application vetting and fake educational qualifications have aroused suspicions with the Commission Against Corruption.

Bermuda is to create a new class of bank in order to encourage FinTech investment into the island. Bermuda has recently passed an ICO Bill and Digital Asset Business Act to to encourage FinTech firms. They may well have competition from Lithuania however. The Baltic nation, will allow licenses for FinTech forms to be granted remotely. They hope to make the country even more attractive to FinTech firms.

The European Banking Authority (EBA) has published two reports which state that banks should be neither too gung-ho nor too cautious in their approach to using FinTech.

The Financial Conduct Authority (FCA) has announced the names of the 29 firms that will participate in the fourth cohort of its regulatory sandbox.

Christopher Woolard, executive director of Strategy and Competition at the FCA, said:

“I am pleased to say that this is the largest sandbox cohort to date with a record number of applicants meeting our eligibility criteria. Cohort 4 has seen a large increase in the number of firms testing wholesale propositions including firms that are aiming to increase the efficiency of the capital-raising process. Alongside these we can see significant use of distributed ledger technology (DLT), some experimentation with cryptoassets which will help inform our policy work and propositions aimed at helping lower income consumers.”

While the volume of bank branches continues to fall in the UK, a new report from the FCA suggests that they are still necessary. A significant proportion of the UK population had either visited a branch to open accounts or buy other products, or use an in-branch self-service machine.

A new study has illustrated that it is possible to predict an individual’s credit rating from their digital footprint. Researchers found that iOS users were less likely to default on loans than Android users, people with old email servers, such as Hotmail and Yahoo were more likely to default, and that those with numbers in their email address were also more likely to default.

KPMG have launched a new paper in which they call for financial regulators to focus their attentions on cryptocurrencies in order to hinder the opportunities for money launderers. KPMG further recognise the need for stringent KYC checks to be carried out on customers.

Thefts of cryptocurrencies have soared to £577m in the last six months. Stolen cryptocurrency is particularly popular with criminals, as it enables them to avoid registering payment methods with online exchanges, which could be used to trace their identity.

Wired reports on the fact that although Google has dropped its Project Maven working with intelligence agencies, ‘death by algorithm’ will not end.

The Guardian reports on how AI could potentially revolutionise the NHS. Breakthroughs in treatment planning, and diagnosis, as well as drawing conclusions from the vast amount of data that the NHS holds, could all lead to a healthcare revolution.

Donald Trump has sought to defend himself from criticism following his decisions to start trade wars with both Europe and China, saying that Europe had been treating the United States “very badly”. A multitude of stark warnings on the US economy were released this week including from JP Morgan and Goldman Sachs. A survey from IHS Markit meanwhile, has shown that the trade war is costing manufacturing in both the US and Europe.