Trouble in paradise? Cracking down on corporate secrecy – webinar recap 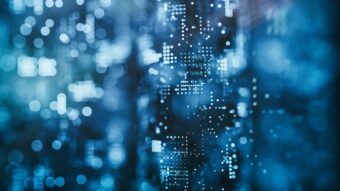 Information about corporate structures and beneficial ownership is increasingly required by regulators, and collected and published by national and state registries, but hiding criminal and corrupt activities behind the smokescreen of complex structures is not a new tactic.

In fact, unwrapping even the simplest of structures to discover beneficial ownership and control remains a challenge – and can lead to a web of corruption.

Someone who knows this well is Oliver Bullough, an investigative journalist and the award-winning author of ‘Moneyland’. Summed up as an “urgent exposé of the world of mega-wealth”, it uncovers the mystery of how the rich keep getting richer by revealing the great lengths they will go to so they can avoid taxes and other things that threaten their wealth.

We were pleased to welcome Oliver as a guest on our latest webinar, in partnership with financial crime agency Themis, where he shared his insight and discussed the idea behind the book, as well as the financial crime risks that come with corporate secrecy and hidden beneficial ownership.

Here, we recap the session, rounding up some of the key takeaways.

According to Oliver, as he writes in Moneyland, there are three steps involved in the process of money laundering – obtaining money, often in illegal ways, hiding the money, and then spending it. To set the scene for the discussion, he reflected on the ways in which criminals distance themselves from dirty money, pointing out that “we have lost track of how interesting it is that criminals are able to hide money so easily these days… you don’t have to hide your wealth in a hole in the ground anymore.”

How did this process become so easy? It was finding the answer to this question that attracted Oliver to investigating and writing about the topic of corruption and organized crime, he explains, before delving into how the history of key events actually takes us back to 1960s London, and the ‘niche’ that was found in selling scrutiny avoidance to the most wealthy who had deposited their money into Swiss banks.

The magic of London bankers in the 1960s was to create financial instruments that allowed the holders of wealth in a hole in the ground to invest that in such a way that suddenly the wealth broke free… it could be used anywhere, enjoyed anywhere, completely anonymously.

Giving an insight into how Moneyland was devised, a book that Oliver calls “one of the most important stories of our time”, he tells how this period in London led to stealing money being thought of as something far more profitable than before.

It brought with it a wave of corruption – a huge problem that almost came out of nowhere. It was from there that kleptocracy was born, to describe the “massive state-scale corruption” being seen, and the combination of the effects of political power and the ability to hide and use money.

The crux of the webinar centers on the financial crime risks associated with corporate secrecy and, as Oliver, states: “All crime is committed by people. The idea that it’s committed by a company is absurd – a company is a legal construct. What a company or structure does is allow the people committing a crime to pretend they’re not doing it.” That is why it is so important to unveil the layers of corporate secrecy behind which corrupt money may hide.

As we know, identifying Ultimate Beneficial Owners (UBOs) is a grueling task that takes time, strict governance and largely manual processes. Hiding corruption behind complex structures is a well recognised process that makes unwrapping the simplest of structures both challenging and time consuming, but it is crucial.

Sharing how he first encountered this in Ukraine, when visiting the luxurious property of a former president who had fled under a cloud, and what the ownership issues around that property taught him, Oliver said:

There was a realisation that corruption is not just a Ukrainian problem but it is enabled by the West… you have demand and supply. This is not something that is stuck within one country, it is something that is inherently transnational, and once it becomes transnational it becomes very hard for anyone to figure out what is going on because you cannot knock down a door in another country.

It is very difficult to figure out what is going on without good luck or huge investment in time and resources, which is something that, if you are the victim of corruption, you don’t have.

So, what are the things to think about when it comes to cracking down on corporate secrecy?

We need people to go to jail. If one or two lawyers went to jail, and were treated the way benefit fraudsters are treated, then it would focus people’s minds… at the moment there are very few downsides, really, to moving criminal money around in Britain… we must enforce our laws.

Cracking down on corporate secrecy with Oliver Bullough