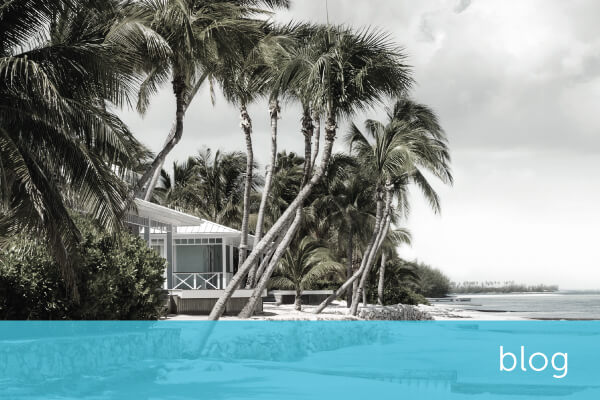 encompass customers now have seamless access to critical company and regulatory information from the Cayman Islands to support Ultimate Beneficial Ownership discovery. The announcement came at the same time as the UK Government announced that a public ownership register for UK overseas territories would be introduced.

The subject of tax havens has come to prominence since the Panama and Paradise Papers data breaches. Both of these leaks revealed significant numbers of individuals and firms using tax havens to avoid paying tax in their registered dominion, by instead moving it to jurisdictions such as the Cayman Islands.

In a policy paper for History and Policy, titled “The History of Tax Havens”, the author Ronen Palan describes tax havens as:

Jurisdictions that deliberately create legislation to ease transactions undertaken by people who are not resident in their domain. Those international transactions are subject to little or no regulation, and the havens usually offer considerable, legally protected secrecy to ensure that such transactions are not linked to those who are undertaking them. Such transactions are ‘offshore’ – that is, they take place in legal spaces that decouple the real location of the economic transactions from the legal location, and hence remove the tax liability of the transaction from the place where it actually occurred.

Without leaks like the Panama and Paradise Papers, it is increasingly clear that only public registers can provide the accountability to expose corrupt individuals seeking to hide their identities and sources of wealth.

Andrew Mitchell who called for the amendment to the sanctions and anti-money laundering Bill alongside Margaret Hodge said in the House of Commons:

It is only by openness and scrutiny, by allowing charities, NGOs and the media to join up the dots, that we can expose this dirty money and those people standing behind it. Closed registers do not begin to allow us to do it.

The proposal, which was backed by Labour, SNP, Liberal Democrats and up to twenty Conservative MP’s, was accepted by the Foreign Office Minister, Sir Alan Duncan. The amendment will make the creation of a register of beneficial owners in such jurisdictions as the British Virgin Islands and Cayman Islands compulsory by 2020. The dependencies had argued against the creation of such a list, stating that in a region that has recently been decimated by hurricanes, that there was little by way of extra money to pay for the lists creation.

Since the introduction of the 4th EU Money Laundering Directive (4 MLD) it has become mandatory for regulated firms to identify Ultimate Beneficial Owners (UBO) as part of the Know Your Customer process. Access to local company registers is critical, although most firms will also supplement and verify information from registries with other sources of data. With many firms headquartered in the Caymans and other tax havens, integrations with the General Registry CIR and the Monetary Authority CIMA will allow encompass customers to carry out UBO discovery far more quickly and comprehensively.

The main function of the Cayman Island General Registry is to maintain registers directly related to the islands’ financial industry. The Cayman Islands began developing into a major international financial centre in the 1960’s, and now has over 92,000 companies registered with the Registry of Companies.

All Companies are obliged to register with a registered office in the Cayman Islands. For exempted and non-resident companies this must be provided by a local Cayman Islands Monetary Authority CIMA licensed company management, law or accountancy practice or trust company.

encompass has integrated with the CIR to enable searches for a Company registered in the Cayman Islands. The following details are returned:

The Cayman Islands Monetary Authority was established under the Monetary Authority Law, to protect and enhance the reputation of the Cayman Islands as an International Financial Centre. They carry out appropriate, effective and efficient supervision and regulation in accordance with relevant international standards by maintaining a stable currency, including the prudent management of the currency reserve.

encompass has integrated with CIMA to bring searches for an entity. This allows encompass customers to check if an entity is registered. encompass visualises the entity only and provides the following information:

This integration will further enhance encompass customers ability to visualise and identify company records within the Cayman Islands. encompass has integrations with over thirty data providers giving encompass customers more access to data than any other platform. The ability to visualise data from the Caymans will be a major step forward for those tasked with conducting UBO checks on those companies with accounts based on the island. 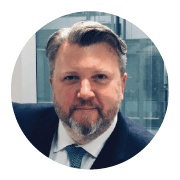 Over the past decade, Ed has led sales and served as a member of the Executive Management Teams at a number of organisations in the Know Your Customer and Governance Risk & Compliance space. Ed managed the New Business Sales and Account Management teams covering EMEA and Asia Pacific for these firms, delivering new business sales growth and increasing the brands’ footprints in new logos and new geographies, that helped take two of them to successful sale, one to a FTSE 100 company, the other to Private Equity.

Connect with Ed on LinkedIn.