New legislation that focuses on restrictions around the use of cash is on the radar of businesses in Australia, as they look to keep up with the latest regulatory obligations.

The draft legislation, released early this month, aims to prevent the use of cash in economic activities as a way of avoiding coming under fire from regulatory bodies

Samantha Carroll, Practice Director, Governance Compliance and Regulation at Ash St. Legal & Advisory, examines what this means for Anti-Money Laundering (AML) regulations in the country, as well as the impact on organisations affected.

The key objective of the Bill is to prevent the use of cash in economic activities as a means to avoid the scrutiny of regulatory authorities, for example, by tax avoidance and black market transactions.

Examples provided in the Bill include large cash payments used for the purposes of money laundering, fraud, bribery, obtaining financial advantage by deception and tax evasion. The limit has been introduced following a recommendation from the Black Economy Taskforce and is designed to send a strong signal to the community that it is not acceptable to avoid tax and other obligations by paying with cash.

The Bill prohibits acceptance of cash payments that are equal to or exceed the limit of $10,000. The prohibition captures either a one-off payment of $10,000 cash or a series of payments from one entity, which amount to $10,000 cash in aggregate.

In the case of a series of payments, the Bill does not specify the period over which the payments would need to be received from the entity in order to breach the prohibition and, therefore, multiple payments over an extended time could technically be captured under the current Bill.

The regime excludes certain persons and private transactions, transactions involving reporting entities under the AML/CTF legislation who are required to report threshold transactions to AUSTRAC and payments made to public officials that are made or accepted in connection with the performance of their duties under law – this does not appear to capture cash donations to political parties, which could therefore be prohibited. 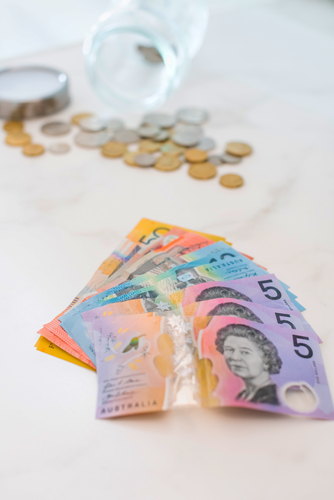 It also covers ‘cash in transit’, involving movement or delivery of cash and where cash is the only form of payment method available for reasons beyond the reasonable control of any of the parties to the transaction, and for which it is not reasonable to delay payment.

The penalty for non-compliance includes up to two years imprisonment and/or a fine of up to 120 penalty units ($25,200). There are also stringent provisions concerning vicarious liability, which apply to partnerships, associations, trusts and superannuation funds.

The restrictions are proposed to take effect from 1 January 2020.

The change is likely to have a significant impact on a range of businesses – such as trades, retail, real estate and other industries, which currently fall outside of the AML/CTF legislation.

In addition, from 1 January, the scope of reporting under the AML/CTF Act will change to the effect that threshold transaction reports (TTRs) will only be required for certain designated services such as deposits and withdrawals from authorised deposit taking institutions, as well as certain foreign currency exchange transactions.

The impact of this change is that more payments will be prohibited for certain reporting entities that would otherwise be exempt under the current reporting requirements for TTRs.

Exposure draft legislation has been released by the Treasury and there is a short consultation period, with submissions closing on 12 August 2019.

Preliminary commentary in the public arena has tended to focus on the likelihood of the limit being reduced substantially in the future and the overall impact on the community of pushing a reduction in the use of cash, particularly in the context of bank fees and charges associated with non cash payments.

The change also pushes an increased visibility of parties behind cash transactions and heightens the emphasis on robust identification methods. 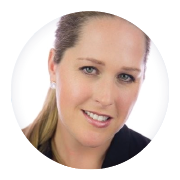 Samantha is a governance, compliance and regulation expert with 10 years’ experience in the Governance and Compliance division of a top-tier law firm and three years as the Head of Compliance for a mid-tier bank. Samantha has significant experience advising public and private sector clients on the implementation, upgrading and review of their governance and compliance systems. Samantha is an accredited Governance, Risk and Compliance professional and Fellow GRC Institute and Deputy Chair of BABI Youth and Family Service Board and Fellow GIA.

Connect with Samantha on LinkedIn.

Founded in 2012 by entrepreneurs Roger Carson and Wayne Johnson, Encompass is the creator of unique, innovative Know Your Customer (KYC) automation software that enables better, faster commercial decisions. The company is driven by the belief that the best decisions are made when people understand the full picture, fast.

Contact us today to arrange your personalised consultation of Encompass. Discover how our KYC automation software can help your business accelerate onboarding and give you peace of mind that you are regulator ready.

In the spotlight: Adam Jones, Head of Partnerships, Europe

By Cheri Burns | June 16th 2021 We put the spotlight on Head of Partnerships in Europe, Adam Jones, as he reflects on his career.
Read

By Roger Carson | June 9th 2021 We examine the factors contributing to increased investment in the RegTech industry.
Read